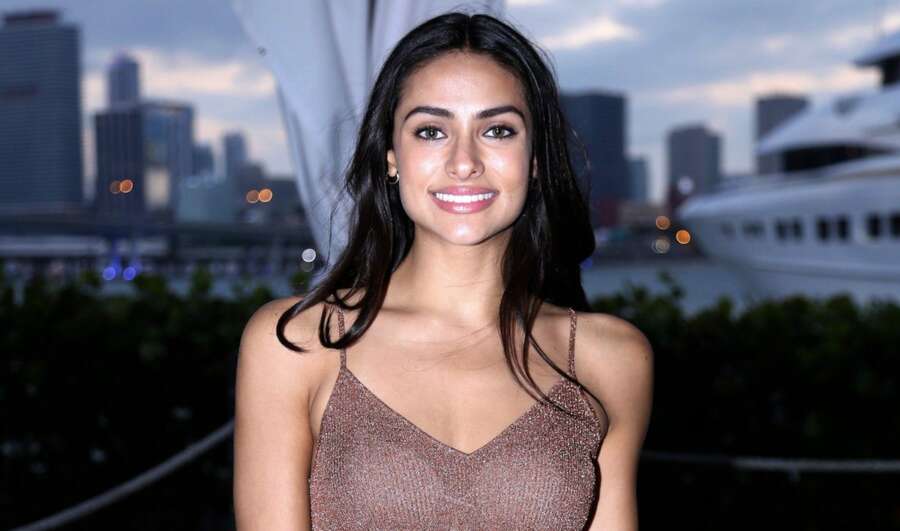 Renata Notni: Who is she? You must be aware of this name if Mexican entertainment pleases you. However, if you don’t know or haven’t heard about this star, don’t worry. In this article, we’ll discuss every little aspect of the life of Renata Notni. So, without wasting even a minute, let’s know about her!

A Glimpse Of The Life Of Renata Notni

Renata Notni is a popular Mexican model and actress. She took birth in Cuernavaca, Mexico. Renata had an interest in acting since her childhood. She always wanted to make her career in the acting industry only. Luckily, she did that! In 2006, she entered the acting profession.

At that time, she played a role in the series Mi adorable malidician (My sweet curse). People loved her appearance in that series. Also, her fans really appreciated her hard work. She delivered numerous phenomenal performances and gave her best throughout her acting career.

Recently, in 2021, there were many rumors of Renata Notni dating Diego Boneta. Her boyfriend also was a famous Mexican singer and actor. He did a recent Netflix series named Luis Miguel: The series. After giving good work in this series, he got recognition from people.

Renata and Diego, both had quite similar personalities. Both were born in Mexico. Also, they had fluency in Spanish. Diego has been working in this acting industry for the last 20 years. He joined it in 2002. As both actors belong to the same industry so it became easy for them to connect in various ways.

Till now, we had a glimpse of Renata’s life. Now, those who would like to know how Renata and Diego met. Also, those interested in knowing her past relationships, career, net worth, and early life, should continue reading. In this article, we’ll let you know everything about the Mexican actor Renata Notni.

On 2 January 1995, a beautiful Mexican actor, Renata Notni, took birth. Liliana Notni and Alfredo Martinez Guerrero were her parents. Renata didn’t pursue any good degree from any reputable institution. Instead, she attended a drama school in her childhood.

She was so into acting and drama from a very young age. Renata also took several acting classes. Televisa established and operated the drama school from where the girl learned a bit of acting in Mexico.

More About The Life Of Renata Notni

As stated above, Renata Notni loves acting. The only thing she dreamt of in her life is to become a successful actor. To pursue her dreams she took various professional acting lessons. Her parents completely supported their little girl to follow her dreams.

She went to a drama school, CEA infantile to seek the guidance of expert teachers who excel in the field of acting. From this drama school, she well prepared herself for different roles in the industry.

In 2006, she finally got the opportunity and made her debut. When she signed her first acting contract, she was just 10 years old. Additionally, she worked for several TV shows, series as well as movies in her career. To know more, continue reading!

Renata Notni’s Love For Acting And Her Career

Above in the article, we saw some of Renata’s work. Children often take it as a burden in working at such a small age. However, this doesn’t define Renata. Her case was completely the opposite. She loves to work, and that’s why at the age of 10, she made her debut.

She did her first work for a TV soap ‘Codigo Postal.’ Televisa produced it and on 22 May 2006, it was released. The show was on air from 2006-2007. On the show, Notni played the character of Andrea Garza Duran.

After ‘Codigo Postal’, Renata Notni participated in numerous other TV series. This includes Como dice el dicho and La Rosa de Guadalupe. Not only this, but also she did 8 other daily TV soaps. After working on TV shows, finally she starred in a film. The film was Yo Quisiera.

Renata was quite nervous as it was a big project. To give her best, she also went to Stella Adler Acting Studio, New York, to take acting classes. Additionally, Renata appeared in the main lead role in Amor de barrio’s show.

Renata Notni not only kept her hands on acting jobs in television and films. But, she did a play Las Que no sienten. It was in November 2015, in Teatro en Corto, Mexico City. Renata was exploring different fields. Moreover, was gathering immense love from her fans in whatever field she was working on. She created an image of a very hard-working girl with great acting skills in the hearts of her fans.

Renata Notni Net Worth And Followers

Talking about her followers on her Instagram page, then you’ll be stunned by knowing that it’s nearly 4 million. By this, we could clearly see she is not only popular in Mexico but worldwide.

If we estimate Renata Notni’s net worth, then it should be $250,000 as of 2021. People saw her working in so many TV soaps, plays, films, and operas. She explored every possible field in her acting career. If we talk about her most appreciated and lived role then it has to be the series Mi adorable maldicion. She played the character of Aurora. In this role, she became a girl who people believed to be cursed.

People in the Mexican entertainment industry well recognized Renata Notni’s outstanding performances and acting skills. However, she didn’t get a chance to try her hands in Hollywood yet. We give our best wishes to her. Also, hope she’ll do wonders in the coming years!

Also read: All About Christian Stracke: His Net Worth, Love Life, And Career