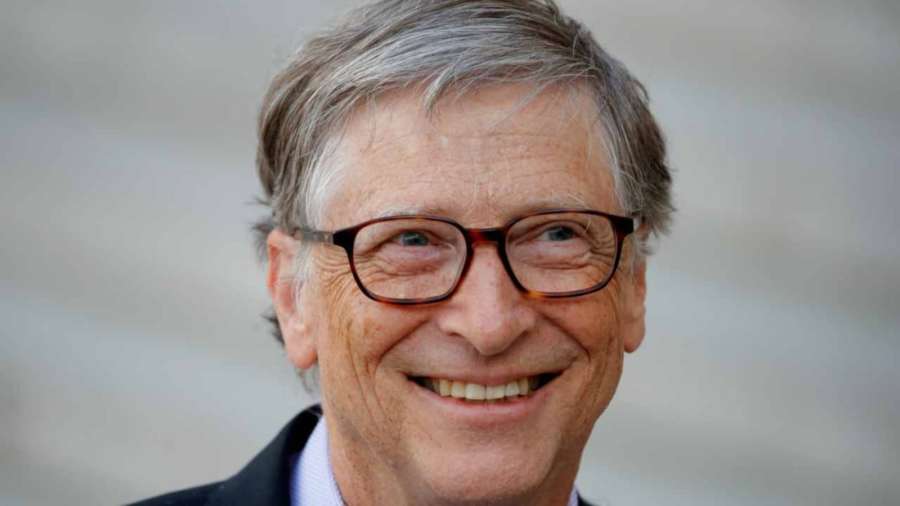 Once the internet got flung with some interesting rumors to split Bill Gates from his wife Melinda, who is Bill Gates’s Girlfriend? After many years of togetherness, the question thrilled the online social media platform. It also created an altercation in real life. It stirred the internet for a long time.

Bill Gates is an eminent business tycoon and, most importantly, the most eminent software developer who created Microsoft Windows. He created the company Microsoft. Bill Gates is gifted with a unique talent.

He served the computer software world with his distinguished works. Plus, he is also the co-founder of the Bill and Melinda Gates Foundation. He is even the technical advisor of the Microsoft foundation. And, he is 100 most powerful people of the 20th century in comparison to other celebrities.

We have also seen him on the famous television show named Big Bang Theory. Bill Gates, the most popular computer geek, has made his guest appearance on this show. You can say, he really loves Tv shows as well!

In 1955, on October 28th, William Henry Gates III was born. He was brought up in Seattle, Washington. In the year 1975, the famous Microsoft originated in the town Albuquerque of, New Mexico. He had an interview with Rolling Stone, where Gates expressed his faith view.

The spice flew in the air as Melinda and Bill Gates were not together anymore. But Bill Gates does have a connection with his ex-girlfriend as a yearly custom. This might have created distress in his marriage.

In 1994, on January 1st, the software developer tycoon Bill Gates married Melinda French Gates. He first met Melinda in the same Microsoft Company that he founds. After his marriage to Melinda, they had three children. They are Phoebe Adele Gates, Jennifer Katharine Gates, and Rory John Gates. After twenty-seven years of marriage, they decided to separate and finally got divorced in the year 2021 on August 2nd.

As per the research, it is found that he shared a close affiliation with Jeffrey Epstein. This is the main cause of their separation. The separated couple decided to stay apart in the upcoming phase of their lives. But despite the separation, they kept on working together on various charitable grounds. So his fans were shattered for this activity. But as per law, it is fair when two consenting adults are involved.

Bill Gates, the Microsoft Founder, has always maintained a secret yearly custom with Ann Winblad, his ex-girlfriend. So, his fans are curious to know what this yearly custom is. He has made sure to spend a long weekend yearly with Ann. This deal was very clear at the time of his marriage to Melinda.

The duo has spent various weekends in the US, Mexico, Germany, and many more. Research also depicts that Bill has taken permission from Ann to marry Melinda. He even asked whether Melinda would be a good match for him or not.

Ann suggested that Melinda would be a good match for Bill, and she possessed some intellectual endurance. But going forward, the marriage of Bill Gates with Melinda did not last forever. However, in the year 2019, in an interview, he completely denied the connection between Gates Foundation and Epstein. But after this, no news of any other Bill Gates Girlfriend ever came up till now.

The entire world is aware of Bill Gates and his contributions. Besides the Foundation of Bill & Melinda Gates and Microsoft, he is also the chairperson and originator of numerous other organizations. Cascade Investment, Branded Entertainment Network, Breakthrough Energy, and Terra Power are some of them.

In 2022, he bagged the second-highest civilian award for the work of Hilal-e-Pakistan. It is the best social work of his. He also made a guest appearance on the show named Simpsons.

In the year 1999, Bill Gates surpassed the wealth briefly of about USD 101 billion. But, between 2009 and 2014, he doubled his wealth from UAD 40 billion to more than USD 82 billion. Plus, in the year 2017, in October, Gates surpassed Jeff Bezos, the Amazon founder. After this, he is became the world’s richest person.

In the year 2019, on November 15, Gates increased his wealth to 48%. eventually, he again became the richest man in the world. The increase happened in the Microsoft shares, according to BBC news. In the year 1989, he founded a digital imaging corporation named Corbis. Later in 2004, he turns out to be a leader of Berkshire Hathaway.

Besides, he has made various investments outside Microsoft. He bagged a salary of USD 616,667 and a USD 350,000 bonus, which sums up to USD 966,667. He is a renowned and self-made personality. Other than that, he is also the 400 richest person in the world, per the news of Forbes magazine.

As you may already know, Bill Gates is a pretty popular personality. The world has witnessed his success through his inventions for the betterment. However, when it comes to his personal life, this popular gentleman has managed to keep it lowkey, yet controversial in various aspects. So, what do you think of Bill Gates?

Also Read: Who is Rory John Gates? All About Bill and Melinda Gates’ Son