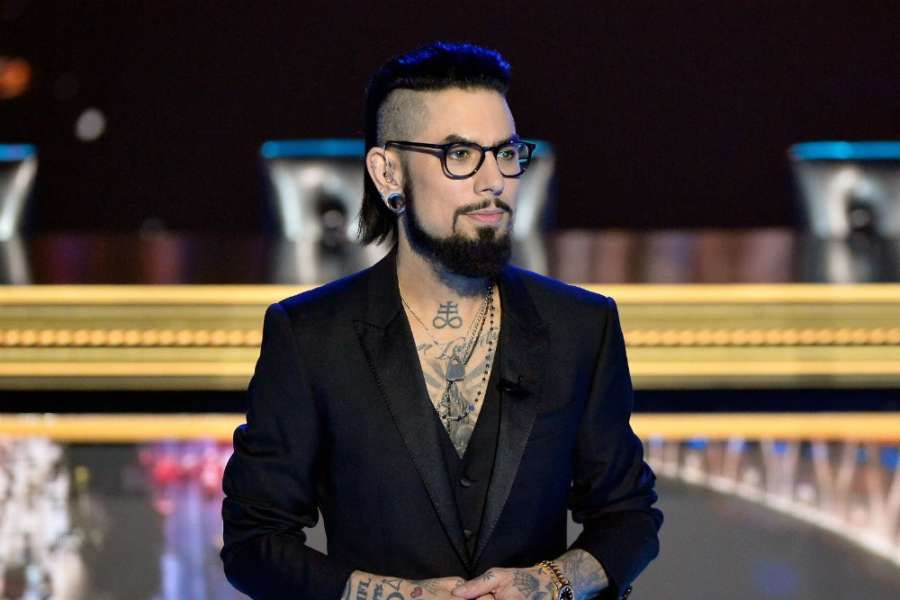 Dave Navarro is the founder of the American rock band, ‘Jane’s Addiction.’ He is also a songwriter, singer, and guitarist in America. Additionally, for the American funk rock band ‘Red Hot Chili Peppers’, he was the former guitarist. He is a talented artist because at a young age itself he has blended various music genres and styles. Some of them he blended include psychedelic rock, modern rock, and heavy metal.

For others, Dave serves as the role model in the case of an alternative rock band. Besides his contribution towards Dave Navarro band, he also released a solo album named ‘Trust No One’ in 2001. Additionally, he has worked with popular music artists including,

One can see this artist as a judge and host of the reality tattoo TV series ‘Ink Master’. He has also appeared on other reality TV series such as

Dave Navarro was born on 7th June 1967. His birthplace is Santa Monica, California. He was born to James Raul Navarro and Constance Colleen Hopkins. His mother, Constance, was a model. She also appeared in the comedy game show ‘Let’s Make a Deal’.

It seems that his paternal grandparents were immigrants from Mexico to America. At the age of seven, Dave’s parents got divorced. So, Dave stayed with his mother, Constance. He was raised in Bel Air. From a younger age itself, he started playing Piano. But once his father bought him a guitar, he switched to playing the guitar.

In his childhood days, he had a great inspiration on rock artists like Jimmy Page, Eric Clapton. But during his teenage days, he became a fan of Jimi Hendrix. He learned to play electric guitar from various guitarists.

In 1983, a tragic incident changed his life. It was his mother’s murder by her ex-boyfriend, John Riccardi. After this tragedy, Dave started consuming drugs and consequently became addicted to them. He was not able to forget his mother for a longer time. Thus, he struggled a lot with his education and academics.

He went to Notre Dame High School in Sherman Oaks. But, Dave didn’t attend college, as he began to focus on his music career.

In 1992, Dave Navarro married Tania Goddard-Saylor, with whom he was not happy. So, the situation ended up in divorce. But again on 15th October 1994, Dave married Rhian Gittins. Just five days after marriage, the couple ended their relationship.

Then, Dave lived alone for a longer period. Dave dated Carmen Electra and married her later. Dave Navarro’s spouse is a Hollywood model and actress. Once again, the couple was not happy and got divorced in 2007.

As Dave was born in 1967, his age is 54 now. Coming to his body measurements, he stands at a height of 5 feet 9 inches and 175 cm in terms of Centimeters. His body weight is 70 kg in terms of kilograms and 154 lbs in terms of pounds. Moreover, Dave is popular for having tattoos on his body.

In 1986, Dave started his career by joining the rock band Jane’s Addiction. He was the lead guitarist and became a successful person on the music team. The band released several albums such as

Soon after releasing the third album, the band broke up due to some personal problems. In 1993, Navarro became a member of the band ‘Red Hot Chili Peppers.’ He played just one album for them. It was named ‘One Hot Minute’ in 1995. For two years, Dave worked with this band. But Navarro was fired due to drug addiction in 1998.

In 2001, Navarro released the only solo album titled ‘Trust No One.’ It was released under Capitol Records but the album didn’t fulfill the fans’ expectations. Then, the following year Jane’s Addiction released the new reformed album ‘Strays.’  Strays is followed by Lollapalooza in 2003. Dave also played the guitar for several celebrities such as

In 2012, Dave appeared as an actor in the drama series ‘Sons of Anarchy.’ The man also did a guest role in the TV series ‘Law and Order: SVU.’ Dave directed an adult movie titled ‘Broken.’

As of 2021, Dave Navarro’s net worth is approximately around $25 million. Most of his net worth is from his career as a guitarist. He also earned a good fortune as an actor.

To sum it up, Navarro is the leading guitarist in the entertainment industry. He worked for different bands over the years. Moreover, his fans and fellow musicians appreciated his great work.

You may also like: Morgan Stewart Biography And Divorce