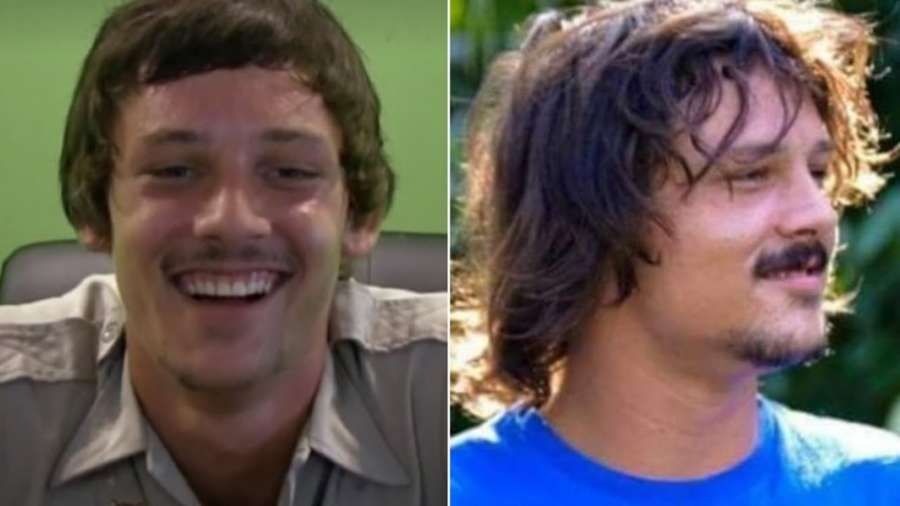 Travis Maldonado’s life has always been exciting, despite his meth and marijuana addiction until he pulled the trigger on his Ruger pistol at GW Zoo. People would always have forgotten the extraordinary turmoil at Joe Exotic’s Zoo. Thanks to Netflix: Tiger King, a documentary that sheds light on the life of Travis Maldonado before getting married to Joe Exotic and after his death.

Contents
Travis Maldonado His Early Life and FamilyLife beyond family and marriage and polygamyTravis Maldonado A Gay or Straight?Did Travis Kill Himself or Joe was the killer?The Mystery Ends This Way

Known as Tiger King, this documentary beautifully tells not only Joe’s but the lives of two others, including Travis Maldonado. It also tries to explain how and why Travis Maldonado’s death happened, but it leaves a mystery for the audience to draw their conclusions. Tiger King also tries to speak of Joe Exotic’s polygamy practice. This truce gets evidence from the fact that he marries Travis Maldonado and John Finlay. The shows also cover an unexplored relationship with Carole Baskin’s husband that makes Joe the prime suspect in Carole’s husband’s disappearance.

As for his family, he was born to Cheryl Maldonado and Danny Maldonado. For his mom and dad, he was Travis Michael Maldonado. He had two sisters he grew up with: Danelle Maldonado and Ashley Maldonado. He liked skateboarding. Travis Maldonado was doing well until he fell into a methamphetamine and marijuana addiction. It was a wrong turn in his life and it was from there that his life took a different turn.

The most deserted and sorrowful member of his family on account of his death is his sister, Ashley. Tiger King wonderfully demonstrates his sister’s love for him by depicting her holding Travis Maldonado’s ashes in her ring as a token of recollection. Ashley thinks her brother’s ashes will remind her of her brother’s presence in her life even though he’s gone forever.

Life beyond family and marriage and polygamy

As the years passed on, his methamphetamine addiction deepened. People and his acquaintances came up with an idea on how to get rid of meth addiction and suggested the same to Travis. They advised him to fight it better, he serves the animal and cares for them.

He ended up at GW Zoo. This zoo belongs to Joe Exotic. Travis Maldonado went there in December 2013. Over time, Travis and Joe shared that their affection and fascination for each other grew stronger. They begin to get intimate and engage in sexual intercourse. As they cling to their relationship, another person comes into their lives.

Possibly lasting a month, John Finlay joins them and has a free love triangle. The three men share the same feelings and their love grows stronger. In the end, they decided to choose married life. And so they arranged a three-way wedding ceremony.

The wedding ceremony was arranged across the road from the zoo. And Joe even shot the video and broadcasted it through his YouTube channel. After that, the official ceremony took place in the zoo. Their married life continued as usual for a while until John Finlay changed his mind.

He leaves the married life of the three and separates from them and goes somewhere after attacking Joe. Joe was in shock after John left them. However, Travis and Joe accepted their fate and both decided to legally marry in 2015. They start to live a happy married life of same-sex for a while until a new development awaits them.

Travis Maldonado A Gay or Straight?

John Finlay left them. He chose a woman as the love of his life over these guys. The woman was his co-worker in the zoo. His affair with the woman left him impregnating the woman. As a result of this, he ends up living with the woman and so he leaves a three-way gay marriage. After he’s gone, at least Joe is lucky to have Travis with him forever as he envisioned. This proves that John is straight or at least bisexual.

When we look back at the background and beginnings of Travis Maldonado, we will find that he had a great liking for girls and women. He always recognized himself as a straight sexual person. Also, he has had many adventures and multiple affairs with girls or women. He was sexually straight up until he met Joe Exotic. His life took a different turn when he met Joe.

Despite his fascination with Joe, he had relationships with women and he maintained his outspoken or straight sexual orientation. We find evidence for this claim in Joe’s telling that he fell in love with the straight guys. We hear him say this in Tiger King.

In the documentary Tiger King, we can hear when Joe says that they were not a gay person. He was having affairs with the wrong individuals. This, therefore, proves that John and Travis were both heterosexual or bisexual. As fate would have it, Joe found himself alone in the zoo despite his marriage to John and Travis.

He was mentally disturbed knowing that Travis was dating another woman though he was sleeping with him in the night and sharing the same bed and being sexually active with him. God knew what was going on in Joe’s mind!

Did Travis Kill Himself or Joe was the killer?

The uproar and the hustle and bustle around the entire GW Zoo area abruptly stopped when news of Travis’s death spread like wildfire. It was unbelievable for his close ones. The people had always seen them as lovely married men and regarded them as peaceful individuals.

The incident occurred out of Travis’s impression that the gun wouldn’t fire without the magazine. In the documentary, it is narrated that he used to point guns at people without any reason and he even pointed guns at Joe. Joe had told him not to point the gun at him or any other person.

Travis out of his conviction that it would not fire without a magazine so he wanted to prove it to Joe. He put the gun to his head, pointed it at his head, and pulled the trigger. And he was dead on the spot. The news spread like anything. People came, and they were upset at the sight of Travis’s dead body lying on the ground.

The Mystery Ends This Way

Travis Maldonado is dead now. His death was a big blow to his family, especially to his mom and sister Ashley. They will miss him for their entire life. He had come to the zoo to get rid of his marijuana and meth addiction. On the contrary, his addiction went on even stronger because Joe arranged the stuff so that he could get intimacy with him. When he was putting the Ruger to his head, did anyone instruct him to even check once if there is still a bullet left inside the gun? Or did the onlooker just want to see him dead?

Also read: The Reality of Linda Kolkena, You Did Not Know About