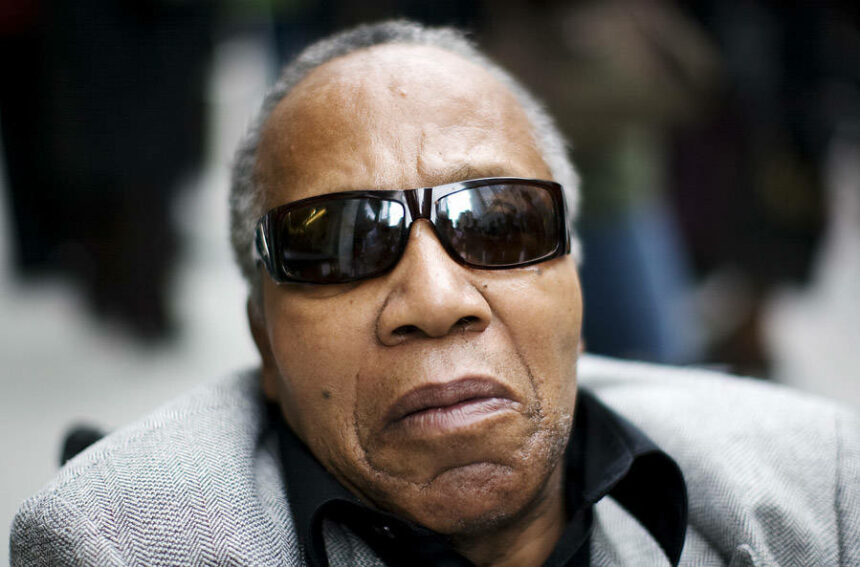 Frank Lucas is popular for building his heroin empire. In the 1960s, his full success in his illegal business by exporting blue magic everywhere on the news. As a drug lord, Frank Lucas earned a lifetime fortune. There are many stories about this drug lord. American Gangster is an American film that features the story of Frank Lucas.

Contents
The background of his first experience with crime The journey of Frank Lucas from petty to serious crimes Frank Lucas falls in love with the Blue Magic BusinessFrom an amateur drug trafficker to American Gangster The end of blue magic, jail time and death Life before his natural death

The acting of Denzel Washington as Frank did make this film a blockbuster. There are many more truths about Frank Lucas, the heroin kingpin; you need to know. Let us see how Frank Lucas created a drug cartel starting from nothing.

The background of his first experience with crime

Born in 1930, Frank Lucas is from North Carolina. His life was rough as he had less money to look after the family. As an elder brother, he took care of his siblings. Growing up in the streets of the Jim Crow south impacted his life.

Also, Frank gets his first glimpse of crime when Klan members murder his 6-year-old cousin Obadiah. Lucas sees with his own eyes the murderers brutally shooting his brother. This experience with the crime made Frank involve himself in petty crimes.

The journey of Frank Lucas from petty to serious crimes

When working in a pipe company, Lucas robs 400 dollars from his boss. After this, he flees to New York in 1946 as he beats up his boss after the mugging. After getting the taste of this, he committed more crimes for money. Frank starts to steal and rob at gunpoint from local bars. Further, he now targets jewelry stores and robs diamonds. As he was getting away with these crimes, it made him involve himself in more serious crimes.

He now contacts drug trafficker Ellsworth Johnson, with whom he joins hands to get more money. Johnson is like a mentor behind Frank, which made him a drug lord. With Johnson’s guidance, Frank moves forward in the crime world.

The most unfortunate part of this story is that Frank also thought to join as a member of the KKK group that killed his brother. Now the heroin Frank Lucas was trafficking is Blue Magic. He trafficked this drug as much as he could in the black neighbourhood of New York. Frank Lucas destroyed many black lives with his drugs that the KKK group itself.

Frank Lucas falls in love with the Blue Magic Business

For Frank Lucas, Blue Magic was his way to earn millions. He infiltrated the United States with 98% of pure heroin. The way of smuggling heroin is quite different in Frank Lucas Chain. As it was the Vietnam War time, it was convenient for him to hide the entire heroin under the coffin of dead soldiers. When he gets arrested, Lucas defends himself when asking about hiding drugs under coffins.

He has to say that he did not hide drugs inside the corpse, as many experts suggested. He used one pal to recreate government coffins with extra space at the bottom. Lucas could smuggle 50 million worth of drugs into the United States in this heinous way. He even claims about having a lieutenant by his side that he used to traffic 1 million dollars worth of drugs.

However, during the questioning of the lieutenant, he did not accept this accusation. The colonel says he had nothing to do with smuggling drugs with Frank. This love for Blue Magic is a reason for Frank Lucas to earn millions in his life. However, this love for drugs is toxic and illegal. Due to this, Lucas gets caught soon in his schemes.

From an amateur drug trafficker to American Gangster

No details about how and when Frank Lucas got hold of Blue Magic are still a mystery. However, his desire to become a millionaire with this illegal business did succeed. This success which seemed so genuine to Frank Lucas, did not last long. He could not destroy more life with drug trafficking as soon as the cops caught him in the act.

When arresting him, cops ask why he did it. Lucas says that he wants to become rich. Plus, he claims to earn one million a day through this business. Even though this was an exaggeration, he still earned a fortune. The American Gangster’s lavish life soon ended with one petty mistake. Let us see what turned the attention on Frank Lucas that led to his arrest.

The end of blue magic, jail time and death

In 1991 Lucas, a fan of Muhammad Ali, went to see his live boxing match. As he was a wealthy man at that time thought to wear an expensive coat. The cost of his coat alone is 100000 dollars. Lucas earned all his wealth and wanted to show off.

This expensive coat and VIP seat did not miss the eye of law enforcement. However, this is a grave mistake he made in his life. Soon, the investigation started about his questionable wealth. Even though he earned millions, he could not enjoy it for long.

In 1975 the cops arrested Frank Lucas, the American Gangster. Cops did seize his $584,683 cash and other assets. After examining all his crimes, the court ordered Frank Lucas 70 years of prison time. This is not the end of the story for drug lord Frank Lucas as there is more.

Life before his natural death

Even after imprisonment, Frank Lucas could do what he was good at, but this time he worked for the better. The DEA used him as an informant. With his help, they could track drug cartels and chains to put an end to them. Due to his more than 100 drug convictions, he got parole in 1991.

However, after living the life of a drug kingpin, Frank Lucas passed away at 88 years old. After coming out of prison, Universal studios and Denzel Washington helped him out with a sum of cash. Plus, the movie inspired by the story of Frank Lucas, American Gangster, has some changes.

The cause of death is natural, as family and autopsy claim. However, many say that some people get a second chance to live, which is true for Frank Lucas. Even though he destroyed many by supplying drugs, his cooperation as an informant with the police did some good in his life.