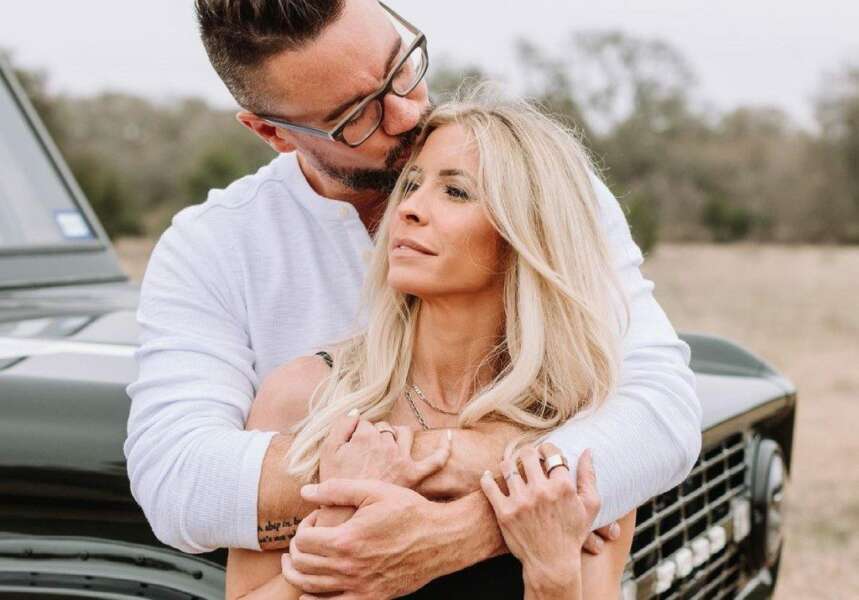 Below is the article we talk about the relationship status of Heidi Powell and Dave Hollis. Also, we will see how some celebrities love to show off their relationships with people on social media. Some relationships became the legit couple goals, like Nick and Priyanka. In contrast, some are only for show-off purposes on social media platforms.

A Glimpse of Dave and Heidi’s Lifes

Dave Hollis is a motivational speaker, best-selling author, CEO of The Hollis Co. Dave, and host. Apart from this, at the Walt Disney Studios, he’s the president of Theatrical Distribution. Later, Dave married the love of his life, Rachel. They were together for almost 16-17 years.

They are now talking about Heidi Powell. She’s an American fitness trainee and an author and has been working as a YouTuber for several years. Chris is Heidi’s ex-husband. She hosted the show The Extreme Weight Loss with Chris.

Though both the couples tried their best to be in their relationship and solve all the misunderstandings, overall, things didn’t go well. So, they are left with no option but to end their marriages. After all these couples’ troubles in their past, they are all happy now.

Recently there was news all around that Rachel is dating someone, but we have no evidence of this fact.

Now let’s know more about Heidi Powell and Dave Hollis and their ex-marriages. By luck, both of them decided to end their marriages almost simultaneously. And in no time, there were rumors that these two were dating. Dave uploaded a picture on Valentine’s Day with a lengthy caption in which they were together.

This picture confirmed that Heidi Powell and Dave Hollis were dating. This was not only the sole evidence, but the news also got approval from Heidi Powell’s side. People can easily speculate that the couple is happily together now.

The news of their dating got almost confirmed within a few months of their divorce. Further, Rachel, Dave Hollis’s ex-wife, said that they had been struggling with their marriage for the past three years. Though they tried a lot to save their marriage, even after their constant tries, they failed to do so!

In the same way, Heidi and Chris and their marriage. The couple tied the knot in 2010. When they both decided to separate their ways, Chris uploaded a picture in which they were together and announced their separation in the caption. The news shattered their fans as it hurt to believe they were facing some problems in their marriage. They both separated with the mutual agreement to be co-parents for their kids.

Everything was going well; suddenly, the news blew everyone’s mind that Heidi Powell and Dave Hollis had broken up. Is this news accurate? Let’s know more about this!

This is how Heidi Powell and Dave Hollis met first. We got to know how Heidi and Dave met through one of Heidi Powell’s Videos. Dave approached Heidi to do an endorsement when there were already some problems in the marriage of Heidi and her husband.

After some time, Dave asked Heidi and Chris to come on their podcast as a celebrity couple. But, Heidi didn’t respond well as she was not comfortable going there with her husband as a couple.

Heidi Powell and Dave Hollis’ conversation started from here. After a few months, when there was news that Dava and Rachel were parting their ways, she messaged Dave to deliver her sympathy.

Heidi and Dave performed their first podcast together in May 2021. From that time, their friendship turned even more profound, and they continued to share a strong bond.

Did Heidi Powell and Dave Hollis End Their Relationship?

The couple didn’t post anything together for a long time, and from here, the rumors of their separation appeared. However, all we can say is this is just a rumor, and still, Heidi Powell and Dave Hollis are in a relationship and happily living together. We learned that the couple was living together a few months ago; Heidi uploaded a video on her YouTube channel where she revealed their house.

They also want their kids to know about the relationship. But how to tell if these rumors are true or not? A couple of weeks ago, Rachel, Dave’s ex-wife, revealed many things about them. We saw Dave avoiding all the allegations, but Heidi responded to them indirectly through her Instagram handle.

In the end, we can say that Heidi Powell and Dave Hollis are still in a relationship, living together. We hope they will be with each other for the rest of their lives!