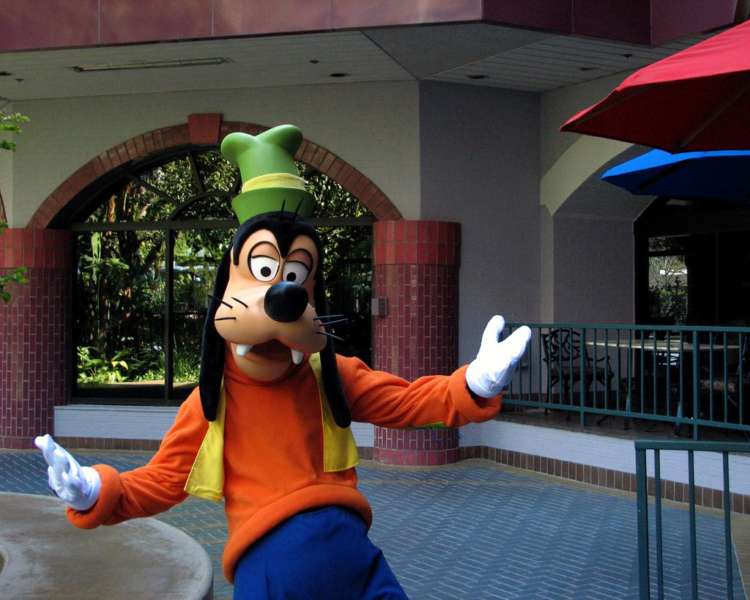 We have all grown up watching one or the other Disney cartoon. One of the most fun and exciting character is always been Goofy. However, there has always been confusion about the identity of Goofy. Is Goofy a cow or a dog? If he is a dog, how is he different from Pluto? In this article, we will try to figure out whether goofy is a cow or dog or something entirely else.

Contents
What is The Origin of GoofyWho is Goofy’s girlfriend?Goofy in the Role of a Family ManIs Goofy a Cow or a Dog?Goofy’s Heritage RevealedWas Goofy “born” in Scotland to Egyptian immigrants and given the name “Dipalwa Dawala?”Conclusion

What is The Origin of Goofy

Goofy is a well-known and famous Disney cartoon character. He is a close friend of Mickey Mouse and Donald Duck. People of all ages, from children to adults, from different generations, have come across the character known as Goofy. Many people enjoy the character because he is clumsy at times but appears to be clever at others.

Who is Goofy’s girlfriend?

Despite being coupled with Clarabelle Cow and courting a few females in the Goof Troop series, Goofy does not appear to have a notable love companion in the official Disney canon. As a result, he is the only member of the original Disney trio who does not have a partner.

Goofy in the Role of a Family Man

In the 1950s, Disney re-imagined the zany figure as a realistic dad in a series of cartoons. This laid the foundation for the 1992 cartoon collection Goof Troop. Max, his only child, was reared as a suburban single father by the endearing character. He played the role of a family man, with a wife and a child.

Goofy’s family life has allowed him to be shown as both a husband and a father, in contrast to other famous Disney characters such as Mickey Mouse and Donald Duck, who are always portrayed as uncles. In the Goof Troop miniseries, the writers changed his marital status to unmarried.

Is Goofy a Cow or a Dog?

In January 2019, the internet wondered if the Goofy cartoon character was a cow or an (anthropomorphic) dog.

Although the dog versus cow debate was not entirely new in 2019, it was allegedly supported by an “investigative article” published in 2012 by the website Reel Rundown. While that article did contain some factual information about the Goofy character’s history, which is likely why some people accepted it as a true account of Goofy’s alleged sordid past, it is riddled with exaggerations, speculation, and outright fabrications, and was clearly written with humorous intentions.

Reel Rundown presented their case as if they were uncovering a massive Disney conspiracy theory aimed at concealing Goofy’s shady bovine ancestry. The author contended in the introduction, “Goofy Is Not a Dog — The Cover-Up,” that Goofy was actually a foreign-born cow and that Disney was obliged to conceal this truth owing to the political context in the 1930s:

According to Disney’s Mouselinks, Goofy has always been regarded as a “dog with human traits.” What the Disney establishment does not tell you is that Goofy is actually a cow. Aberdeen-Angus Cattle, to be precise. A truth that Disney would want to conceal given that Goofy’s nationality is anything but American. With American nationalism at an all-time peak in 1939, Goofy’s genuine ancestry might have caused major controversy for Disney. A Scandal that would have ended Goofy’s career just as it was getting started.”

The following segment, “Goofy’s Heritage Revealed,” was even more bizarre. According to Reel Rundown, Goofy was born “Dipalwa Dawala” to Egyptian immigrants in Scotland and was “discovered by Disney talent scouts during a livestock sale.” During the article’s “Dark Years,” the website increased the ridiculousness by claiming that Goofy’s son perished from Mad Cow disease.

It should have been evident to anybody who took the time to read the article that it was a work of funny fiction. However, it appears that the headline was misleading for some people and they were believing Goofy to be a cow.

Even though this article was obviously for fun, some of its strange claims were spreading in support of the “Goofy is a cow” argument. We’ll dispel some of this misinformation to prevent the malicious spread of rumours about this beloved Disney dog.

Was Goofy “born” in Scotland to Egyptian immigrants and given the name “Dipalwa Dawala?”

To begin with, Goofy was not “born” anywhere. Disney animators Art Babbitt and Frank Webb created him in the 1930s. In the animation short Mickey’s Revue (1932), Goofy made a debut as a side character named “Dippy Dawg“. Although he experienced various changes over the next few years. Goofy has various names during his Disney career including Super Goof, Dippy Dawg, George G. Geef, Goofus D. Dawg, and Goofy Goof. However, we were unable to locate any trustworthy source that listed him as “Dipalwa Dawala.”

In fact, the only search results for this phrase that we could locate all pointed back to this Reel Rundown post. To put it another way, Goofy has never been called “Dipalwa Dawala.”

Disney’s description on the Disney. go.com compares Goofy to Pluto. However, adding that Goofy is a human character, as opposed to Pluto, who was a pet. That’s why Goofy was able to walk upright and also had a speaking voice:

“Goofy was created as a human character, as opposed to Pluto, who was a pet, so he walked upright and had a speaking voice.”