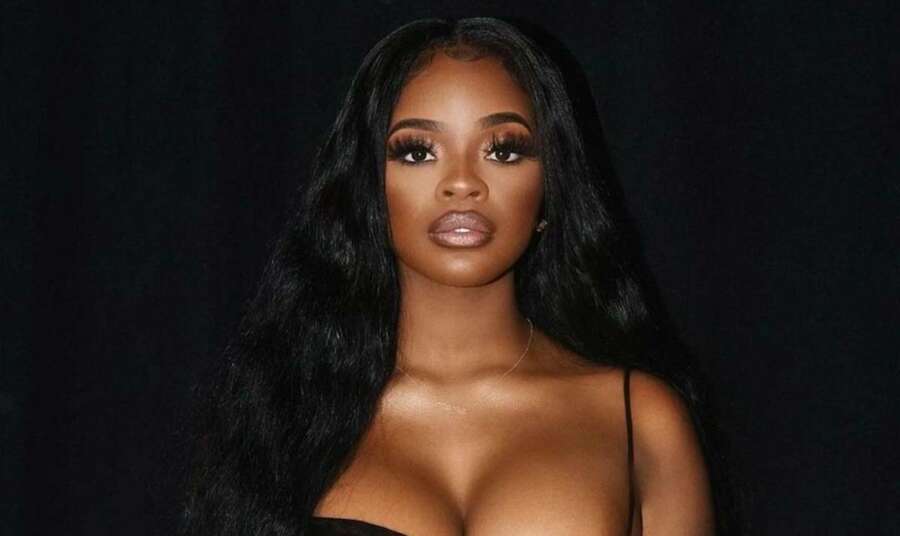 Is JT pregnant? Are her pregnancy rumors true? Does she get pregnant without marrying her boyfriend? Don’t worry, you’ll get answers to all your questions related to JT’s pregnancy in this article. We are here to find out all the details related to the life of JT.

The City Girl’s rapper JT, allegedly carrying her lover Lil’ Uzi Vert’s child, according to several online claims. The allegations began to circulate as Rihanna and Kylie made social media pregnancy announcements. The fans now want to know: Is JT pregnant? Or if these are all just rumors.

Everything began when Lil’ Uzi Vert uploaded a video of JT in which he covered her stomach with a heart-eyed emoji. The fans flooded the comment area with inquiries regarding JT’s pregnancy and heart emoticons. Over 2500 people commented on the post.

After the news hit Twitter, rumors of JT’s pregnancy began to circulate there. On Twitter, someone questioned, “Is everyone pregnant or what? Rihanna is pregnant, Kylie is pregnant, and JT pregnant.” Rumors of JT’s pregnancy spread in no time. Later JT uploaded a selfie of herself in which she was wearing an anti-nausea bracelet. It’s a bracelet to prevent motion sickness at that time. The admirers speculated that she might be sick with morning sickness because she was wearing the bracelet.

The question: Is JT pregnant, was all around. JT’s fans were curious to know what was going on in her life. A small baby bump can be seen in a video that one of her followers posted. Nevertheless, regardless of what the rumors claim, JT is NOT pregnant. Numerous rumors about the pregnancy of JT spread throughout at the time.

How JT Responded To Her Pregnancy News?

When these rumors and questions: Is JT pregnant, reached their height and became unbearable, then finally JT decided to shut everyone’s mouths. She posted on her Instagram handle about her pregnancy news. She claimed all these rumors as rubbish. JT added that ‘Can’t she even use emoticons now’? Further, she cleared that her boyfriend used the emoticon only to hide the strain of her clothes, nothing else! Her clothes were looking quite dirty in the picture, so he chose that emoji to hide it.

Additionally, the rapper girl urged her followers to cease spreading untrue rumors about her pregnancy. JT made it crystal clear that nausea can occur from a variety of other causes in addition to pregnancy. She requested her followers respect her privacy. Later, she took down the post.

Lil Uzi Vert, a rapper who is 27 years old, and JT are now dating. The couple is madly in love with each other. They are also very open up regarding their relationship and love life. They have been enjoying life together since 2019. Earlier, the paps saw them hiding their relationship. But now they are quite comfortable sharing their private life with the media. Recently, JT’s boyfriend gave her Cadillac Transformer SUV as a birthday present on her 27th birthday.

When we see the couple together, we can easily behold the love in their eyes for each other. Their every gesture demonstrates their pure love and serious relationship. Both of them are so likable among their fans that now everyone wants them to tie a knot of marriage and start a new life.

However, rumors spread in August 2021 that the couple parted ways. The news broke the fan’s hearts. All of them were hoping the gossip to be untrue. Fortunately, it did turn out to be false. There were some rumours about her pregnancy as well that “Is JT pregnant”. JT and Lil are so deeply in love that they even tattooed each other’s names on their arms.

Lil’s Immense Love For Her Girlfriend

In December 2021, JT turned 29 years old. Obviously, Lil, her dear boyfriend, arranged for a lavish birthday party to make her girl’s special day memorable. Everyone said that he was spoiling his girlfriend by giving her such expensive gifts. The gifts included a black McLaren 720s. It’s also noted that he booked the entire Nickelodeon Studios Park for her girlfriend, JT. It costs him around $50,000. But, the love made him so blind that the only thing that matters to him is his girlfriend’s happiness.

In a recent tweet from Lil, he wrote that he has immense love for JT. Also added that she is the best thing that ever happened to him. When all this love story was taking place, then suddenly a new buzz of the couple getting engaged occurred. The fans also saw in a post, a custom Elliot Eliantte ring on the finger of JT. Though, again these were only ‘rumors’. There were some other rumors also that “is JT pregnant”.

JT has worked with the popular American hip-hop duo City Girls. It involves JT and Yung Miami. After making a cameo in The Feelings, they started their career in the industry. Later, JT’s involvement in a credit card fraud case put an end to the rising career of this duo.

However, they publicized their songs by posting them on various social media platforms. Following this, after some time, the duo made a powerful comeback. Now, talking about JT, the 29-year-old rapper’s net worth, then it should be around $3 million

On a wrap, the gossips that: Is JT pregnant, are all untrue. It’s nothing like that. The couple is happily living their life and is also planning to become family soon. Both of them love their fans a lot and will be upfront if they plan to have a baby.

Till then, our best wishes are with the most admired lovebirds!

Also read: Mia Khalifa’s Latest News: Not So Proud of Her Past