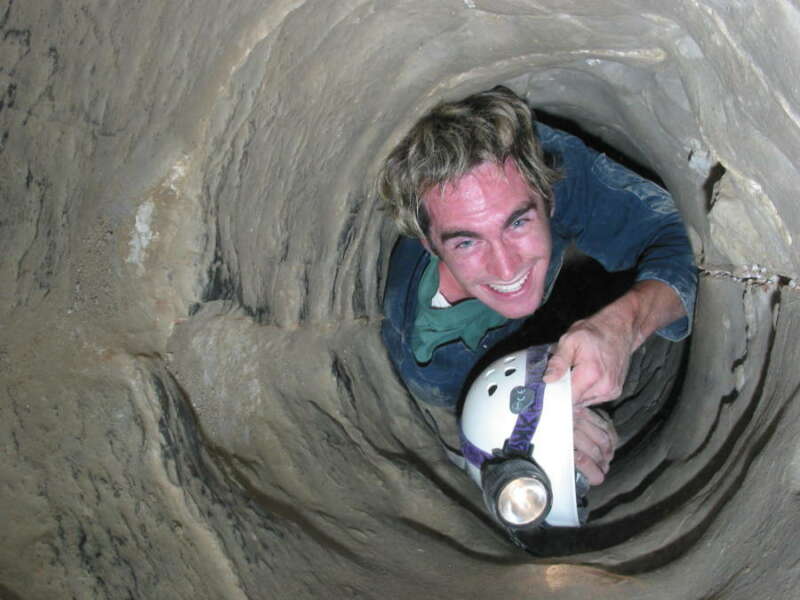 John Jones nutty putty is one of the tragic cave accidents in history. At this cave, the 26-year-old John Jones lost his life. The sobering death of Jones shows how some adventure trips can end up dangerous. It also reminds people about the need to take safety measures before caving.

Let us see the heartbreaking story of John Jones nutty putty cave incident. John Jones is an expert at spelunking, but he did not know about getting stuck in a near-death situation. No one would ever imagine the worst that happened to him in the cave. However, the death of John Jones remains a learning lesson for other explorers.

Nutty Putty is a cave in Utah. It is a place that explorers have traveled to since the 1960’s. Since then, it has been a famous cave for its dangerous tunnels. People who love caving explore it. They do not hesitate to experience this adventure even after knowing how dangerous it is.

Further, this cave has slipper tunnels and narrow turns. The cave has several pathways that have different names. Birth canal, maze, Aorta crawl, and Scout Eater are the name

of the dangerous tunnels in the cave. These perilous tunnels are 145 feet deep.

John Jones is an incredible cave explorer. From a young age, he and his brother did spelunking. However, he did not explore caves for several years before going to the nutty putty cave. John’s father took him to all the caves in Utah. Further, John has almost 7 siblings. John is closer to Josh, his younger brother. John Jones is from a Christian family. People describe him as a man with good nature and a good sense of humor.

When visiting the nutty putty cave, John Jones went with this entire family. He was 26 years old at that time. Plus, his wife and John have a daughter together. His wife was also pregnant with their second child when going to the cave. Plus, his faith in Christ and his genuine love for people is another quality many remember about him.

On Nov 2009, a day after thanksgiving Jones brothers made a plan to experience their favorite adventure. They choose Nutty putty cave as their family trip location to have a gala time. More than 9 people went on this trip with the Jones family. Everyone in the family first sees the largest tunnel in the cave, the Big Slide. The family was still exploring the large tunnel when the Jones brothers entered a daring tunnel. Everything was going normal that day for John Jones.

John Jones, and two of their friends decide to travel through the deadly birth canal. It is one of the narrowest canals in the cave. The canal opening may seem large, but many cave explorers have difficulty getting out of it. Within a few minutes of crawling in, the canal becomes narrower.

John Jones, without knowing the danger, squeezes through the tunnel to get to a larger opening. After entering the canal, he realized there was no end to the narrow passage. It becomes tighter at that bottom. Soon, he gets struck in a fetal position. Within a few minutes, the adventure turns into an unfortunate event in his life. Let us see more about the struggles of John Jones in Nutty putty cave.

By pressing forward, John Jones thought of getting to a larger opening and escaping from the death hole. The birth canal is a death hole that traps him completely with no way to escape. The way out of the birth canal is by wiggling through Scout Eater.

However, he went the wrong way to the Ed Push tunnel, which does not have an escape route but a dead end. When pressing forward, John goes further into Ed’s push which is not a place to fit a human. Another grave mistake he made was going further into the uncharted canal.

The narrow canal was only 10 inch that, which did suffocate him. Plus, after getting trapped 100 feet below the surface, John was not in a position to save him. All he did was wait till help arrived and pray.

Josh finds his brother in danger. When he tried to help, he saw his brother sliding more into the dead hole. Soon, he did not take any risks but called for help. Susan, the rescue operator, arrives at the scene to help John. It was midnight when Susie arrived to rescue. After seeing the situation, Susie calls in for more help. They try to put ropes, pullies, and drill in the cave. Even with the large team of rescuers, it was a tough call. Struck upside down, John Jones was in a worse condition.

Trouble breathing or staying alive in the cave was too difficult for Jones. In the middle, they thought he would be out of the cave through a rescue operation. The rescue team works for 27 hours to do all they can during the operation.

During a rescue operation, an accident occurs. The rocks in the cave started to collapse, which pushed John more down. The rescuers could not proceed further with a loose rope. Unfortunately, after 27 hours, John Jones dies in the cave due to cardiac arrest. The upside position was an award for the heart to pump oxygen to his organs. There was no proper oxygen supply to his brain.

John Jones’ Nutty Putty cave is his grave. Due to this, after surviving for many hours, he lost his life in the cave. After his death, the rescuers try to at least get his body out of there. But, they receive an order that going any further can put the life of rescuers at stake. All the rescue operations were halted. His remains still lie there in the Nutty putty cave. Also, it warns all cave explorers to take enough measures to explore through caves safely.