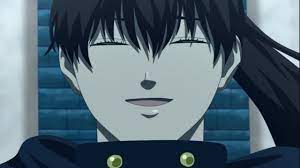 Nacht Black Clover, who is he? His connection to Black Bulls and his abilities. You’ll get to know everything about him in this article. So, let’s get started!

Yami Sukehiro chose Nacht Faust to serve as the Black Bull team’s vice-captain. Nacht Black Clover is a Magic Knight. He was a previous member of the Grey Deer squad of Julius Novachrono. He’s a demon host as well. However, he possesses four devils instead of the usual two. Within the Spade Kingdom, he was snooping for the Clover Kingdom. But neither the readers nor the watchers knew it.

After the big conflict is over, we get to know Nacht Black Clover. There was extensive destruction as a result. Therefore the situation got worse. Asta was hurt, and Yami was taken hostage. Asta notices Yami’s sword emerging from a brand-new page in his grimoire. Because of his sense of helplessness, as a result, he rushes outside to assist his captain. The unidentified stranger stops him as he is walking down the hallway. In addition to criticizing Yami, he also highlights Asta’s failure to intervene on his behalf.

Asta, tied down by numerous hands and becomes agitated, attempts to assault him. Once the secret is out, Nacht Black Clover, the vice-captain of the Black Bulls and a Devil Host, is revealed as the user of Shadow Magic. As a bonus, he offers Asta the chance to teach him how to harness his Devil abilities. And become strong enough to save Yami.

Nacht Black Clover might belong to a Royal, but little else we know about his family background. In a flashback, his brother chastises him for paying people visits and bringing them meals. Astin’s training and the Devil Union led Nacht to a demolished castle, which indicates that he was a king. The fact that Nacht was aware of this location demonstrates how he appears to have a connection to it.

As we know, Nacht Black Clover originally belonged to the Grey Deer Squad. Nacht and Asta interrupt the Magic Knight Captains’ meeting. Nacht uses his devils to block the Captains from attacking him as they approach. Julius immediately stands up for him, stating that he is the Vice-Captain of the Black Bulls Squad. Jack the Ripper can identify him, which further supports this. And how, at one point, he collaborated with Yami and William while serving as a Julius’ Grey Deer Squad member.

Nacht Black Clover As A Spy

We know that Nacht Black Clover worked as a spy for the Spade Kingdom. His use of shadow magic played a major role in this. Nacht can identify every member of the Black Bulls when he visits their base. He even mentions their backgrounds.

Further, he can see all of their weaknesses. He calls them all worthless persons and disparages them all. Nacht spied on every member of the team. Though, he visited the facility only once. He even describes to Asta how he could see every battle from the start.

Nacht Black Clover is a very realistic and logical individual. He isn’t afraid to speak his mind. Even telling Asta that losing a fight is the loser’s responsibility and losers are idiots. He has no problem telling people directly how he feels about them. Also, he did not even hesitate to tell the Magic Knight captains directly how he felt about all of them.

His philosophy states that something can only be good if it is good from the beginning. However, even when something negative changes its course and becomes positive. It nonetheless remains negative naturally and ultimately. He believes that one’s awful past cannot be erased by a few commendable activities in the present; from what we can tell, Nacht was extremely cheerful when he lived in Grey Deer. But his stay in the Spade Kingdom changed him.

When Jack noticed Nacht Black Clover among the group, he immediately commented on how his magic was different in the past. When Nacht returns, he declares that only the individual standing before him has left. This implies that it is similar to what we witnessed with Mars. Nacht did something to empower himself with Shadow Magic. So that he could accomplish his objectives, this might also imply that he still possesses his inherent talent.

He manipulates shadows with the help of his shadow magic. He can move into various shadows, slipping in and out of them. He can hold his opponents still and even draw them into them by moving into their shadows. He can do many different things, which makes him perfect for reconnaissance operations. He practically can teleport thanks to his ability to navigate through shadows. Because of his crafty nature, he can take full advantage of this skill.

Nacht Black Clover is a devil host like Asta, as inferred by the horns on his head. Nacht, is linked to four devils, each of whom bestows upon him a unique set of skills and abilities. He momentarily calls them into the living world using four separate relics. When they are visible, they might be themselves in little forms or the big, masked beast form.

Unite Mode: Canis is the name of the Devil Union form that Gimodelo uses. Slotos, Gimodelo, Plumede, and an unknown rooster-like devil are the four devils he summons. He can join forces with all four of them, gaining access to various Devil Union forms and powers.

Gimodelo is a devil who typically rests on Nacht’s shoulders; by joining forces with him, Nacht gains the power to call out clones from his shadows. Gimodelo’s larger beast form features an orange mask that resembles a dog, and his ability is called Pack, which suggests that he is descended from dogs.

Due to his purple horse-like mask, Slotos appears to be based on a horse. Nacht takes the form known as Unite Mode: Equus when executing Devil Union with Slotos. He gains immense strength and resilience in this phase, able to withstand Dante’s exerted force of gravity.

Due to his grey cat mask, Plumede appears to be based on a cat. Unite Mode: Felis is the name of Nacht’s form while she is in Devil Union with Plumede. He gains cat-like physical agility and quickness when in this state. While the identity of his final Devil is not clear and little we know about him, he resembles a rooster, and his skills are yet unclear.

Know About Kali Muscle Net Worth in 2022?