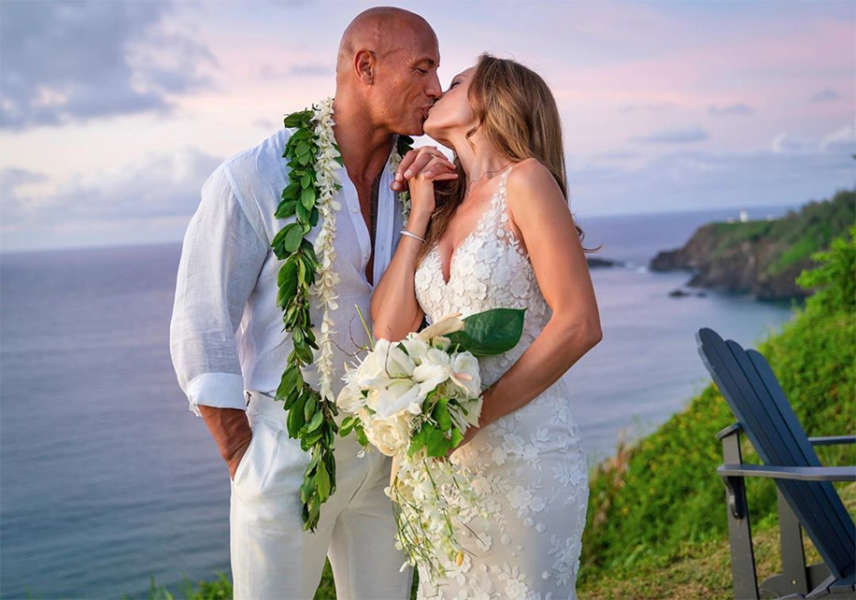 Lauren Hashian has a reputation in the industry. Dwayne responded that when he first met his wife, she was not interested in him. Although Dwayne Johnson, aka Rock, is a trendy figure, it is not the same for his wife. She likes to keep things very personal. Here, we will know more about her and her lifestyle.

Let’s start with who she is!

Lauren Hashian is an American singer born on 8th September 1984. She has been dating Rock since 2007. They tied the knot of marriage in August 2019. They have been living happily ever after that. Rock met Lauren in 2007 while she was shooting Game Plan in Boston. Not long after Dwayne and Dani separated in 2007, he and Lauren started dating. In an interview with the Hollywood Reporter, Dwayne recalled how Lauren was there for him during that heart-breaking moment when he and his ex-wife were parting their ways.

His wife Lauren was also present when Dwayne was in depression and facing challenges to maintain his mental well-being. Further, he added in one of the interviews that they are living together for eight or nine years. This implies that they moved in as soon as they started dating. They have two daughters, namely Jasmine Johnson and Tiana Gia Johnson.

Born in Lynnfield, Massachusetts, United States of America, she is a known American singer. She has released various songs on Soundcloud, including Go Hard in 2016. Also, the song Only You by rapper YaBoi Shad featured Lauren. People know her to come from the culture of rock n roll. Her father, Dib Hashian was a drummer in the band Boston in the 1970s and died while playing music in 2017. He loved music all his life, and during his last breath, it remained with him.

Also, she has two siblings, namely Adam and Aja. Moving towards her schooling, Lauren went to Emerson College, Boston, United States. She has a four-year college education in Public Relations and Communications. She built her college studio to learn music in college. Lauren also mentions that homework, studies, and essays were not her things. Instead, she used to focus on music most of her time.

Later, she began her career in the music industry. She has written and sung several songs and released them on Soundcloud. Lauren gained popularity when she started dating Dwayne Johnson back in 2007. Furthermore, she also appeared in one of the tv shows called R U That Girl in 2005 and was also one of the finalists in the show.

She has not been in any controversy or unusual industry stuff. The general public is currently not aware of her salary and net worth.

Lauren Hashian first met Rock when he was shooting for his film in her hometown, Boston. Rock was already married to his first wife, Dany Garcia, during their first meeting. Soon after that, there were rumors about Rock splitting up with Dany. They finally filed for divorce in 2007. After the divorce, Rock preferred to spend time with Lauren. Media also spotted them at various places and events together.

This led to controversy if it was Lauren’s hand behind the separation of the couple. Although it only remains a rumor, people still think it is true. Later in 2014, Dwayne told the media that he and Lauren were dating and had moved in together.

Lauren is always in Support of Rock

Moreover, Dwayne posts frequently about her family, including Lauren Hashian, and particularly their youngsters Jasmine and Tia. Notwithstanding his ring name being Rock Dwayne Johnson, his simple, unique message to his better half on his Instagram profile is cherished by his fans. The goal of his life, Dwayne told Insider, is to reunite the family and try to balance his and his wife’s busy work schedules. At the point when the Rock took Lauren onto the honorary pathway for Jumanji’s debut, the Rock gave the world a brief look into their relationship.

When Dwayne learned about the death of his co-star Paul Walker, he was broken. He mentions that Lauren helped him move on from his pain. She was there for him when he needed it the most. They love to discuss and sort things and share their laugh. He is extremely thankful for all the support that she shows him.

The Rock and Lauren Hashian lived happily ever after. As of 2022, the duo has been married for four years.

There are millions of fans of The Beatles music band, and so is Lauren. But she is no ordinary fan. Once she traveled to London to stroll in their strides. Her family also had an extraordinary affection for that band which made her admire them.

Her number one music artist is the world-famous artist Beyonce. On her Instagram page, she also shared a video from the 2016 Formation World Tour at the Marlins Stadium in Miami.

Rock revealed that they both enjoy and spend their time laughing. Lauren enjoys teasing Rock, and they both laugh loud at jokes together. Both share a mutual love and affection for the family.

Lauren is a caring mother and always provides unconditional support to her family. She balances her career with being a wife, mother, and daughter. She is pretty much involved in all the activities at home and is also fond of traveling.

There are many rumors, stories, and facts about this famous couple that has come from the media. This article shows us how Lauren Hashian and the Rock have been living life as husband and wife for quite some time now. We also get to know them a bit more by delving into their relationship. From the information given, we can see the kind of relationship they have with each other and it’s very admirable. They both share a lot of similarities too and seem to be an ideal couple.

Also Read: How Much is Scott Storch’s Net Worth?