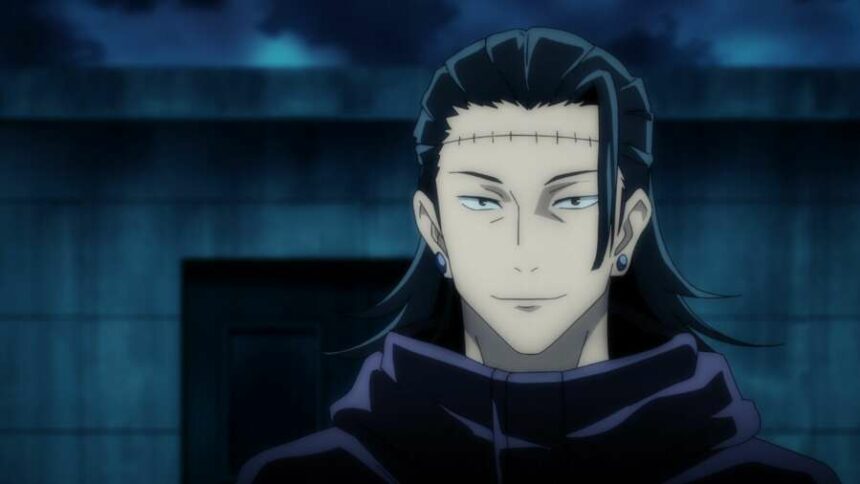 Let’s begin, then! One of the series’ primary antagonists, Suguru Geto, has garnered a lot of attention since he first appeared in the manga and anime. As the incredible story of Jujutsu High progresses, we tried to compile several Suguru Geto facts that pertain to both manga and anime.

Suguru Geto is a former jujutsu sorcerer and Satoru Gojo’s partner. He started to feel a deep hatred for everyone who wasn’t a sorcerer. And made plans to make a world where only curse users and jujutsu sorcerers existed.

Additionally, he was voiced by Lex Lang in English and Takahiro Sakurai in Japanese.

Suguru Geto despises common people without magic skills. He often refers to these people as “monkeys.” He believes that magicians represent the next evolution and are superior to mankind. After interacting with others, he will spray the spray on himself to remove the “monkey smell.”

Geto has always been more understanding of curse users, even if he dislikes humans. He refers to the members of his curse team as family and says they love him. He earned the admiration of many people throughout his tenure at Jujutsu High School for his tireless efforts and dedication to encouraging his fellow cursers to achieve greater heights.

3. Suguru Geto was One of the Strongest in Jujutsu High

Apart from Gojou Satoru, Suguru Geto was one of the most powerful magicians at Jujutsu High School during his tenure there. Geto was so strong that he could easily defeat any foe without fighting.

Also, Suguru Geto could withstand 2000 cursed spirits inside of him because of his enormous strength capacity. He was also the strongest since, in a single night, he could vanquish an entire village.

One of the most distinctive and potent techniques is Geto Suguru’s curse. Several people dread him as a result of this. Further, he can take a cursed spirit and transform it into his own using his cursed technique.

He also uses a technique known as Maximum Uzumaki, which is intriguing. Additionally, this technique can combine all of his cursed energy into a single attack.

5. Change of Path For His Ultimate Goal

Even though a lot of things could make him reconsider the approach he took, he has a deep dislike for ordinary humans.

As Suguru continues to doubt the Jujutsu corps’ method of casting away curses to save humanity, this antipathy gradually transforms into hatred. His major aim is to remove all ordinary people and leave only the curse users.

Suguru Geto is a tall, lean man with long, black hair partially behind his head and hanging down his back. Suguru wore the traditional outfit for Jujutsu High while attending school there. Geto continued to consider himself to be a Buddhist monk. Also, dress appropriately even after leaving the site.

Plus, they committed several offenses against humanity. He wears black yukata robes over a gold kasaya garment to match the ensemble: white tabi socks and zori sandals complete his monk costume. Geto strikes you as odd right away for a man who later kills many people and likens himself to a monk.

The most potent weapon in Suguru’s armory is his curse technique, “Curse Manipulation”. Understanding that Geto can absorb curses, turn them into his, and use them to build his army.

If you think about it, Geto never needs to recruit new members for his team and always operates in small groups. Further, Suguru Geto, according to the manga, can keep up to 2000 curses inside of him, which is a sizable number.

Suguru Geto meets his end in Jujutsu Kaisen 0, not the Jujutsu Kaisen, as you might have guessed. To gain the power necessary to defeat Satoru Gojo, Geto decided to divert him by sending a wave of 2000 curse spirits at Yuta, who possessed the power of Rika, which was sufficient to defeat Gojo.

In the fight, however, Geto suffers a fatal hit that causes the loss of half of his body, and Gojo confronts him before delivering the last blow. Geto died, and it was noticed that he smiled.

This is all we know about your favorite character from manga and anime, Suguru Geto. We hope you liked all the information provided about him. To know more intriguing facts about Suguru Geto, stay tuned!