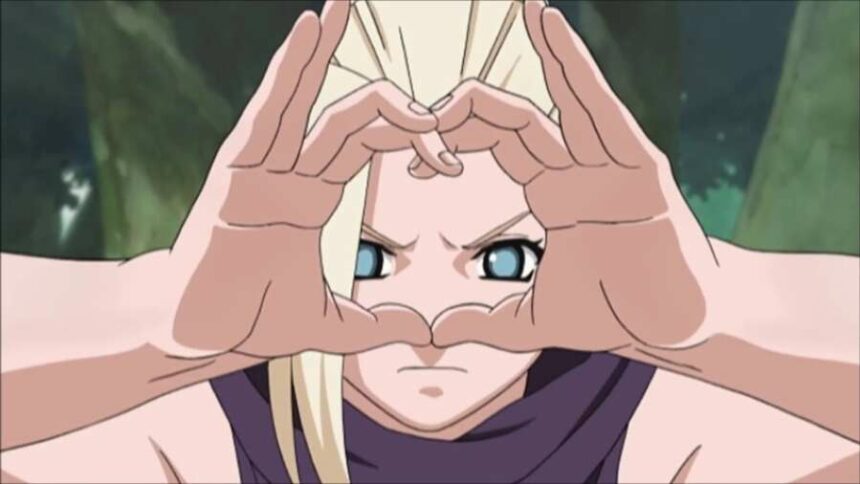 The Naruto Hand Signs has been a recognizable part of the brand since the beginning. Most fans still recall how much fun it was to master these signals.

However, only a few people know the meaning and importance of each Naruto Hand Signs. Several are used to change the elemental nature of Chakra, while others are related to certain Jutsus. We’ll go through some of the most iconic hand gestures from the Naruto series and explain their meaning.

Naruto Hand Signs enable you to shape Chakra to carry out various Jutsu, such as Ninjutsu and Genjutsu. Since Taijutsu does not utilize Chakra, hand signals are not necessary. A Ninja’s ability to mold their Chakra in the way necessary for the Jutsu facilitated using hand signals.

This method, developed by Indra Otsutsuki, is a tool for those who have trouble shaping Chakra. A proficient Ninja can do Jutsu with only a few hand gestures with appropriate training or competence. The Water Style: Water Dragon, for instance, Jutsu requires 44 hand signals, Tobirama Senju employs one. He also makes water from nothing, which is a remarkable accomplishment.

When Naruto and Sasuke were fighting Haku, something first happened. Certain Shinobi can do Hand signals with just one hand, albeit it is highly uncommon. He only uses one hand to throw seals, which frightens Sasuke. Later, though, Naruto and Sasuke discover how to use only one hand.

Ninjas use hand signs to manage their chakras, making them crucial tools. Other procedures, though, don’t even call for hand signals. Rasengan exemplifies this. Since it is the unadulterated expression of Chakra, no hand gesture is necessary. When introducing the Jutsu of Chidori, a hand symbol is necessary. Later in the series, Sasuke isn’t seen employing hand gestures when wielding the Chidori.

The fundamental hand signs were all influenced by Chinese astrology. Additionally, many of them are connected to certain natural releases and fashions. For instance, the importance of the Rooster or Bird hand sign in Wind Release ninjutsu.

These signals may be complicated when you include the hand gestures and their underlying meanings. Here are some of the greatest Naruto hand signs for fans who wish to grasp the fundamentals rapidly.

Summoning Jutsu becomes ever more crucial as Naruto develops. The Boar hand sign is the first ninja employed in any Summoning Jutsu, even though it has nothing to do with a specific nature change. When utilizing this hand seal, a ninja must have their elbows extended, and their hands are pointing downward. Make fists from there and join them at the wrists.

Thumbs, index, and pinky fingers are joined to form the Rooster hand sign. If not, the other fingers are inserted between them. Despite appearing in several ninjutsu, the symbol is most frequently utilized in Wind Release nature transformations. This indicates that Naruto frequently employs the Rooster symbol. All of the seals are employed in diverse powers.

The Hare hand sign appears to be much more complicated than it is. Make your left hand into a single-barrel finger pistol to begin with. Lay your right-hand flat after that. Gently close your fist by slipping the left thumb between your right pinky and ring finger. Embarrassingly difficult in principle, yet simple when applied. The Hare hand sign is thrown into various Jutsu despite intricate and is one of the most popular Naruto Hand Signs.

While learning the Ox hand sign might be frightening, it’s one of the simplest. Most of the task is completed if a ninja spreads out the fingers on both palms before turning their right hand horizontally and left vertically. Just now, put your right hand’s fingers through your left hand. Finally, apply pressure to the left hand’s middle and ring fingers to resemble bullhorns.

Naruto uses the Ram hand gesture a lot when performing some of his favorite skills. Even if Naruto occasionally omits some fundamental hand signals, they are nonetheless important.

Connect your index and middle fingers to form the Ram hand seal. After that, wrap your remaining right-hand fingers in your free left-hand fingers. Results may differ since this is likely the hardest hand gesture to imitate.

Perhaps one of Naruto’s two most well-known trademark moves is the Chidori; the other is the Rasengan. Sasuke learns the Chidori, while Naruto perfected the Rasengan. The crucial last hand signal utilized in the first two levels of the Chidori is the monkey hand seal. However, the monkey symbol is only used in the Chidori and is one of the most popular Naruto Hand Signs. It’s used six times to summon Zabuza’s infamously protracted Water Dragon Jutsu.

Members of the Uchiha clan tended to employ the Tiger hand seal the most. The Uchiha clan is among the best at Fire Release ninjutsu. Most of Sasuke’s distinctive fire powers include the symbol.

Additionally, Itachi and Sasuke frequently employ only half of the Tiger hand sign while doing one-handed ninjutsu. The user must join their index and thumbs and put them flat to form a Tiger hand seal.

The serpent hand signal is the most adaptable when changing one’s nature. The serpent is a dominant theme in the Earth, Lightning, and Wood Releases, in contrast to other hand signs that concentrate primarily on one type and is one of the most popular Naruto Hand Signs.

It may be observed in both flamboyant ninjas like Kakashi or Sasuke and grounded ones like Hiruzen and Hashirama. A ninja has to interlace all their fingers, ensuring their left thumb is on the outside to form a serpent.

The lunar calendar’s main signs are each named after a different animal. To activate the majority of jutsus in Naruto, a character needs anything from three to more than ten signs. From then, they may employ the power, appearing in various ways, such as shooting from the lips, flowing through the hands, or simply appearing out of thin air.

Despite several attempts, only a handful have made this seem decent in real life. As utilized with family or taboo practices, some characters have been revealed to have distinctive Naruto hand signs or variants of the basic signs.