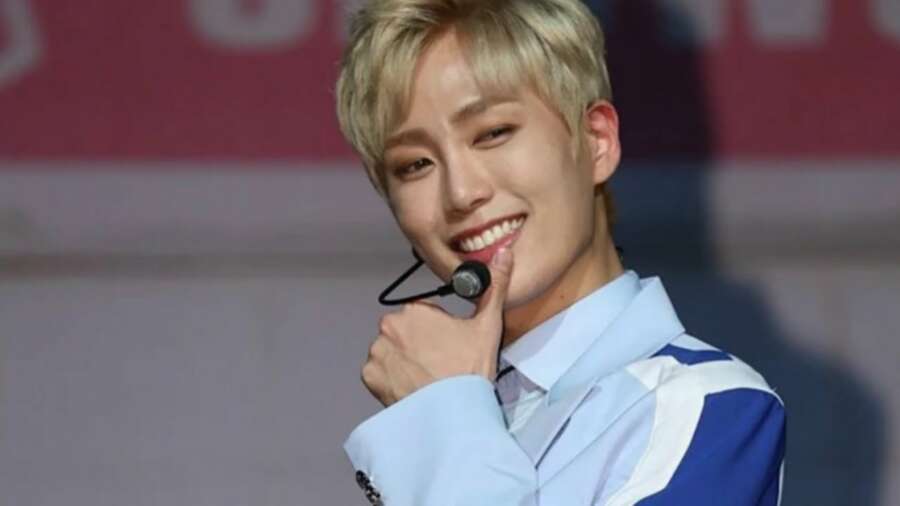 Kim Jeong-hwan took birth in the city of Ulsan, South Korea. He is fluent in playing both piano and drums. Also, he was popular and one of the most admired South Korean singers. In 2013, he made his Kpop debut as the band’s lead vocalist.

The band was quite popular outside of South Korea, particularly in the Philippines. We can say this by looking at the fact that tickets for their concert in Manila in 2014 sold out in less than 24 hours.

After this lovable and famous group members decided to continue their journey individually, Yohan joined TST, also known as Top Secret. Kim was doing well in his life and the Kpop industry. But, unfortunately, because of some mishap, the young South Korean popular singer died at the age of 28.

Kim Jeong-hwan also known as Yohan, a young boy passed away on 16 June 2020. He was a member of TST. TST is a popular Korean pop band. People and his fans are still unaware of the reason behind his death. Kim’s family requested some privacy and they do not want his death to become controversial in the media.

In the recent month, people saw Kim promoting his upcoming album. The news of his death broke the hearts of his fans. People who were close to this young talented boy, are still in pain. Further, they are not able to accept the fact that Kim is no more with us.

In 2015, Kim kept his steps in the Kpop industry. He made his debut with the band named No Other Man (NOM). Unfortunately, this group wasn’t able to gather much appreciation from people. Ultimately, the group members decided to continue their journey individually. After the disbandment of No Other Man, Kim Jeong-hwan decided to join TST. TST, also known as Top Secret, came as an angel in Yohan’s life. In 2017, he was the lead vocalist of TST.

On 4 January 2017, Top Secrets made its debut. TST was under KJ Entertainment and it was merely a seven-member group. All its members worked with utmost dedication. Their sole aim was to do hard work and make TST rank at the top. Additionally, the team made their debut with their first mini album.

The album’s name was “Time’s Up”. Then, on 4 June 2017, they returned with another album called “Wake Up”. It was their follow-up mini-album. Further, on 28 May, TSTs first single album i.e. “Love Story” was released. And from here, their success never stopped. You can easily find all these albums and videos on YouTube.

The Mysterious Death Of Kim Jeong-hwan

In the team TST, Yohan was the most hard-working vocalist. According to the reports, KJ Entertainment as well as the group members chose to be quiet. They were not ready to give any statements regarding the death of Kim Jeong-hwan. They only mentioned that the young star is no more with us and his family’s deep grief.

Though, it was not clear whether Kim took his life or it was an accident. But people gave this mysterious death case a new perspective. They believe that the star committed suicide.

Kim Jeong-hwan loved to use Vlive when he was alive. Vlive is generally a streaming platform. Most Kpop stars make use of this app to interact, have conversations and have fun with their fans. Kim, in his last Vlives, mentioned “Everyone Turns 30″. It’s a book written by Pyeon Chae-won.

Thereafter, Kim shared his favorite quote with his fans. It stated that although I don’t want to play the main role, has my life’s behavior over the previous 30 years been so terrible that I can’t even be an extra? Everybody on this stage we call life deserves to be in the spotlight, whether they are the lead or an extra.

Kim’s fans were in deep shock to hear the news of his death. People were continuously texting him on his Instagram account to express their sorrow. By this, we can state that he’ll always be in the heart of his fans and his presence will be cherished forever. Moreover, the reason for his death is not made clear by the media.

Yohan’s Love For Sentimental Songs Could State That Kim Jeong-hwan Was Depressed!

Hanas from TST is also playing their 2018 song Paradise. As Yohan adored it and he always wanted it to be well-known. Yohan loved the sentimental song. This is the reason why it didn’t take a minute for his fans to guess why he loved this song. If we talk about its lyrics, it goes like this, “I hope you have a good day next time”. You can also pay tribute to Kim Jeong-hwan by listening to this heart-touching song.

The Harsh Reality Of The South Korean Industry

The Kpop world is quite harsh and cruel to young talented singers. We can say this as many of the new Kpop talents committed suicide in recent years. Behind the smiling faces, there’s intense pain and suffering in their lives. Therefore, everyone can’t bear this pain.

This list is increasing continuously. Some of the examples of the young singers who laid their lives are Sulli, Goo Hara, Jong-hyun, and Ahn So-jin, to name a few. These singers couldn’t bear the harsh reality of this fake industry. Hence, they decided to end their existence in this world.

Sulli, a 25 years old young singer, was in controversy for quite a long time. She posted a picture in which she wasn’t wearing a bra. These pictures went viral all over the internet in no time and received the hatred of the people.

Actually, the girl was promoting awareness regarding breast cancer. There was nothing with the pictures but surely with people’s minds! But all this hatred and controversies forced the girl to take up her life.

This is not the only case of suicide in the South Korean industry, there are many. People are ending their lives because of the harassment and the mental pressure they are suffering from. People only judge celebrities by their happy faces, but in real life, no one knows what they are going through.

So, if we want this to stop, we should STOP judging the people. As everyone in this world has the freedom to enjoy their lives. Though, there are many darker sides to the South Korean entertainment industry, which are yet to be known.

Also read: Who is Teresa Fidalgo and What is The Truth About Her Ghost Story?