What To Do If Your Lawyer Misappropriate Settlement Funds 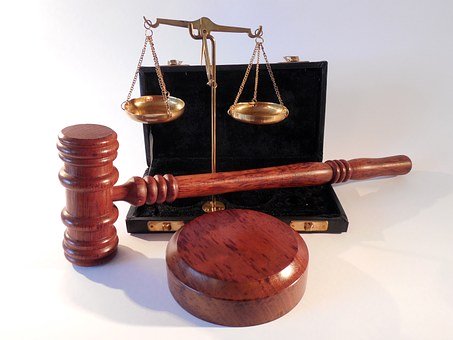 Indisputably, legal malpractice has become a subject of concern.  This is especially when it comes to the handling of money. Once a case has been settled, the client is always eager to get the settlement so that he/she may start using up the funds to address issues such as medical costs. When the good news finally arrives that your case has settled, what comes in mind is how you can receive your settlement check.

It’s unfortunate that unlike other professions, your lawyer always has access to your money. He/she becomes the custodian of your money. Some lawyers act without concern and can steal those funds. In such a case, the lawyer may face serious consequences or even be disbarred. What if your lawyer takes from your settlement funds? What can you do?

If You Can’t Trust Your Lawyer

Just like any other person, a lawyer is not prone to fraudulent mistakes; there must be few bad characters in every profession. Lawyers always take an oath to represent the public, but some barely adhere to such oaths.  If your lawyer has refused to give you what you were supposed to receive after a settlement, he/she may face stern punishment.

In case of a settlement or a jury award, the insurance company makes available the settlement funds to both you and your lawyer. The lawyer then deposits the check given to a special trust account. Once the check gets cleared, the lawyer is obligated to hand over what belongs to the client. Mostly, from this account, the lawyer will come up with three checks:

If filing a case and an agreement is reached, then there must be awards. Your lawyer is supposed to report such to the court. The court then is mandated to issue a settlement order which must be completed within a certain time depending on your jurisdiction.

After all has been completed, the defense attorney issues a release that is sent to your lawyer for approval.  The release letter must be sent back to the insurance company so that it may release the settlement check. The lawyer is supposed to read through the document carefully to ensure every detail is correct. Once he/she confirms it to be accurate, it will be sent to you for signing. You have to read every aspect to ensure is accurate.

This is important before your lawyer can disburse your share of the settlement proceeds. The lawyer is supposed to pay themselves for the services they completed to you as their client.

If you find your lawyer has used up the money claiming that there were severe loopholes that could not be avoided such as completing a billable work, this is your time to raise the alarm. The lawyer may take more than what they are supposed to at this time.

The lawyer is no bonded, and thus the funds are mot secured. What maintain the trust is the professional reputation and the honor you have for that lawyer to provide security for the funds. The bottom line is that if you’re not sure of how the trust account works, you can talk with an experienced  malpractice lawyer to obtain knowledge.

Do You Suspect Your Lawyer To have Misused Your Money?

If you suspect that your lawyer has misused your funds, you should raise a complaint as soon as possible.  There is a regulatory agency that deals with such cases. If your attorney has violated the law by misappropriating funds, there is a disciplinary action that may be taken against them.

Unfortunately, most of these regulatory bodies are reluctant to take action.  Your lawyer may also have failed to keep the correct records, which may lead to misappropriation of funds. Thus, it’s advisable to have a malpractice lawyer by your side to hasten the process.

You may not be able to handle such a case alone because proving malpractice has never been easy. A malpractice lawyer will advise you on how to file a lawsuit against your attorney who stole from you. This is the only way you may get your money back.