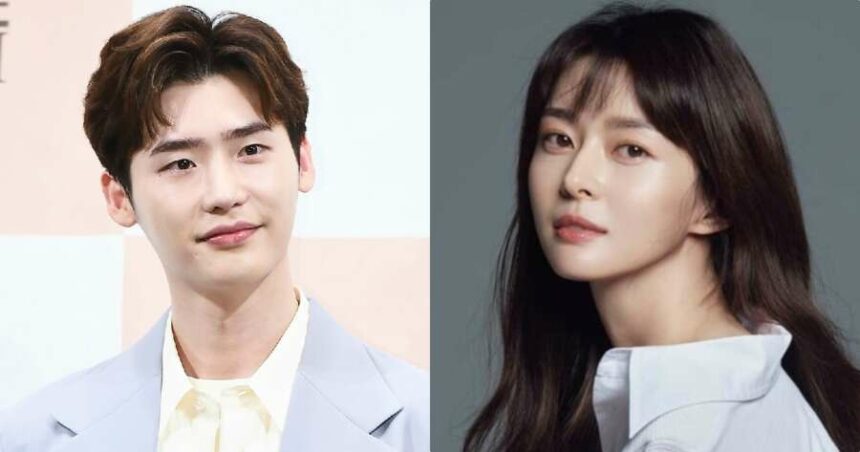 Who is Lee Jong Suk’s girlfriend? Is the hot South Korean actor dating anyone? Or is he married? All these questions must be running into Lee Jong’s fans’ minds, right? It is a bit different to predict the hot hunk in a relationship.

As he shows off heart-robbing on-screen chemistry with his every co-star! In January 2021, after the actor completed his military duty, Lee Jong’s fans were eagerly waiting for his comeback. Following this, his upcoming drama, Big Mouse, attained a lot of fans’ attention. In this, Im Yoona was his co-star.

Lee Jong Suk’s Career and is the Young Actor Single?

People and Lee Jong Suk’s fans always appreciated and loved his acting skills. Also, needless to say, he always managed to build sizzling chemistry with his co-stars. Because of this, he delivered super-hit movies and dramas.

Lee Jong Suk has been a part of the Korean entertainment industry for more than a decade now. After giving numerous hits and doing countless movies and dramas, Lee Jong Suk became the heartthrob Hallyu star.

Not only this, but he receives several awards for his workpieces. This includes Korean Brand Stars, Baeksang Arts Awards, Style Icon Awards, and Korean Culture and Entertainment Awards, to mention a few.

Apart from his marvelous career, Lee Jong Suk’s love life excites his fans the most. Most of his fans wonder if their dream boy is in a relationship or not? Who is Lee Jong Suk’s girlfriend? Or how Lee Jong Suk is as a boyfriend? No worries, in this article, we’ll tryna solve every question that comes to your mind.

Past Relationships of Lee Jong Suk: Was Kwon Nara his Girlfriend?

As we all know Lee Jong Suk’s charming personality impresses everyone. So, his dating rumors history is quite long. The actor was in talks about dating Kwon Nara in 2019 and later in 2021. Before Lee Jong Suk’s military duties, people saw both Lee Jong Suk and Kwon Nara together. For example, meeting at a restaurant, several parties, and get-togethers.

There were rumors all around that the adorable couple was dating each other. This was really affecting Lee Jong Suk’s public reputation. So, in 2019, his agency cleared that these were only rumors. And there was no romantic relationship between Lee Jong Suk and Kwon Nara.

They were just co-actors. However, the rumors didn’t stop. In 2021, netizens speculated that the actor had gifted a Ferrari to Kwon Nara. We can’t state whether this rumor is true or not! Still, it’s hard to say who Lee Jong Suk’s girlfriend is.

While shooting for Doctor Stranger, actor Lee Jong Suk posted an intimate picture on his social media with Jin Se Yeon. They were merely co-stars. But, this picture took over the Internet. There was hot gossip about these two all around. However, they didn’t give much attention to this rumor and moved forward in their lives.

Another rumor about Lee Jong Suk was dating Park Shin Hye. When the two brilliant actors were shooting for Pinocchio, buzz started about these two. People assumed that they were dating. Also, the paparazzi spot them several times. However, their agencies denied the fact of their dating. They mentioned that Lee Jong Suk and Park Shin Hye were only good friends, nothing else.

Is he Dating Han Hyo Joo and Bae Suzy: Are the Rumours True?

Lee Jong Suk’s girlfriend’s rumors didn’t take a break here. The dating chatters of Lee Jong Suk dating his W- The World co-star, Han Hyo Joo flared. People easily believed this news blindly as after seeing their heartening on-screen chemistry no one could deny their dating rumors. His fans even speculated that these both co-actors were married. However, when both stars cleared that all these rumors are not true, this broke millions of the hearts of their fans.

Adding more to the rumors of Lee Jong Suk’s girlfriend. How can you not take into account the romantic chemistry of Lee Jong Suk and Bae Suzy in the drama While You Were Sleeping. Their on-screen performance in the drama made people feel that the stars must be dating.

Around this time only, Bae Suzy ended her relationship with Lee Min Ho, her then-boyfriend. Netizens also assumed the reason behind their breakup was Lee Jong Suk. However, the rumors didn’t last for long as nothing was true!

Presently, as of 2022, we can say that the charming south Korean actor, Lee Jong Suk, is not into any relationship. He has no girlfriend, nor is married to anyone. He is single as of now and focusing on his career.

Though, multiple rumors arise about the actors dating life. But, he never confirmed any of his relationships. Through this seeing, we could easily make out how reserved Lee Jong Suk is as a person regarding his private life.

He prefers to maintain a distance from any controversies and chooses to stay away from the limelight. However, once, Lee Jong Suk said that he’ll introduce his girlfriend if he ever had. All his fans are eagerly waiting for this time to come!

In the end, we wish the actor may achieve heights in his career. Also, we’ll inform you all at the earliest if Lee Jong Suk ever comes into any relationship. Stay tuned for further updates!