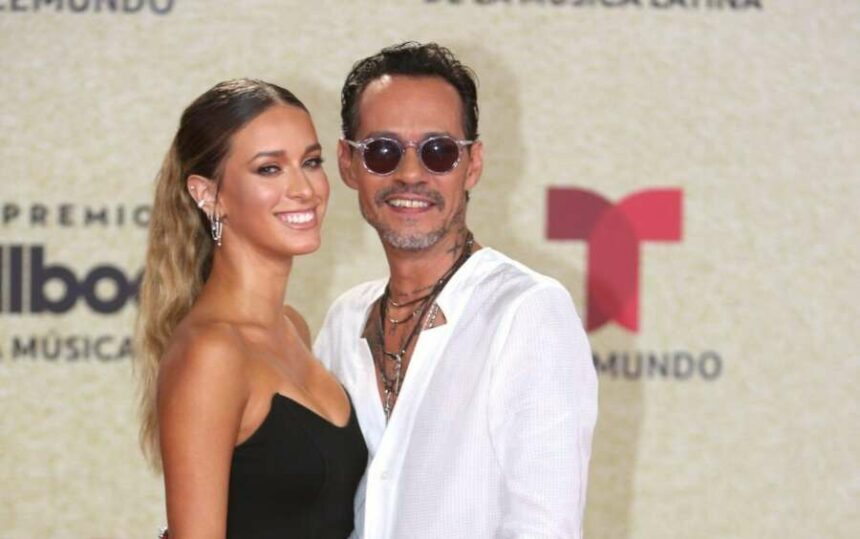 Who is Madu Nicola? Is she the secret girlfriend of Marc Anthony? Are Marc and Madu dating? If you are looking for answers to these questions, then you are right! In this article, we’ll discuss Marc Anthony’s rumored girlfriend, Madu Nicola.

So, continue reading to get some intriguing gossip circulating in the town!

Marc Anthony, a popular artist, lately gained attention for his relationship with a new woman. What name does his new girlfriend go by? The singer’s current relationship is with Madu Nicola. Since her fans learned of the news, she has been a social media star.

For the 2021 Latin Billboard Music Awards, they were photographed together in Coral Gables. Reports regarding their relationship started to spread on September 23, 2021. What is the name of Marc Anthony’s mysterious woman?

After Madu Nicola’s fans learned of her connections to highly esteemed musicians, she became an internet sensation. Her appearance with musician Marc Anthony garnered media attention. The media spotted the couple on the red carpet at the 2021 Billboard Latin Music Awards.

On Thursday, September 23, 2021, the duo arrived holding hand in hand. Marc Anthony seems too young for Madu. He was dressed in a white shirt and dark slacks. At the same time, Madu was wearing a stunning black gown.

Who is Madu Nicola?

Madu Nicola is Marc Anthony’s current love interest. She recently posted a picture of her attire on Instagram before leaving for the event on September 23, 2021. The same shot with highlights and glimpses of Anthony and Nicola kissing each other is posted on her Instagram story by her groomer and makeup artist. Marc Anthony, however, didn’t upload any of his photos with his ladylove. Rather, he posted a photo of himself alone at the event.

There is hardly any information about Nicola’s hometown or exact birth date. We can speculate that she is in her early to mid-twenties. She is a mystery woman who never divulges anything about her profession. She chooses to stay away from random controversies and the limelight. Moreover, as per us, she’s a famous American model. And a social media influencer from New York. Plus, she follows the path of Christianity.

Madu Nicola caught the media’s attention after being spotted by rapper Marc Anthony. Nicola has about 20,000 followers on Instagram, which suggests that she is highly active there. Presently, there is a lack of specific information. She chose to have a private profile to keep her affairs out of the spotlight.

Madu Nicola changed her profile’s privacy settings after becoming well-known on social media and garnering attention. Her verified Instagram account is @madunicola. As soon as it was made known that she was pregnant, her fan base grew significantly. In the early hours of the day, Madu uploaded pictures of herself and her partner to Instagram.

However, she changed the privacy settings on the profile to prevent the barrage of fan comments. She opposes making the situation public. Madu desires a private life and a private relationship with her lover.

The estimate for Marc Anthony’s net worth is between $100K and $800K. She hasn’t disclosed her profession to us yet. Though according to sources, she works for an entertainment company. Marc Anthony is a highly famous artist in the US. He has previously been a part of well-known partnerships. So, considering this, his net worth is tremendous.

The first woman Marc Anthony fell in love with was Debbie Rosado. He had a daughter named Arianna Muiz. Further, the couple adopted a boy named Chase Muiz in 1994. The 53-year-old was engaged to actress Claudette Lali from 1996 until 1998. He wed Dayanara Torres in 2000, and the couple had two sons, Cristian Marcus and Ryan Adrian Muiz.

Following the divorce’s conclusion in 2014, the court gave Lopez sole physical custody of both children. Further, he wedded Shannon De Lima in 2014. However, they separated in 2016 and finalized divorced in 2017. Marco Antonia Muiz is Anthony’s stage name, and he is a highly famous actor, musician, and producer. Also, people know him for his Latin ballads and salsa, for which he has won several awards.

The couple, Marc and Madu, currently prefer to keep their relationship private. We can soon anticipate that the duo will surprise us with the news of their wedding. We wish good luck to both for their future!