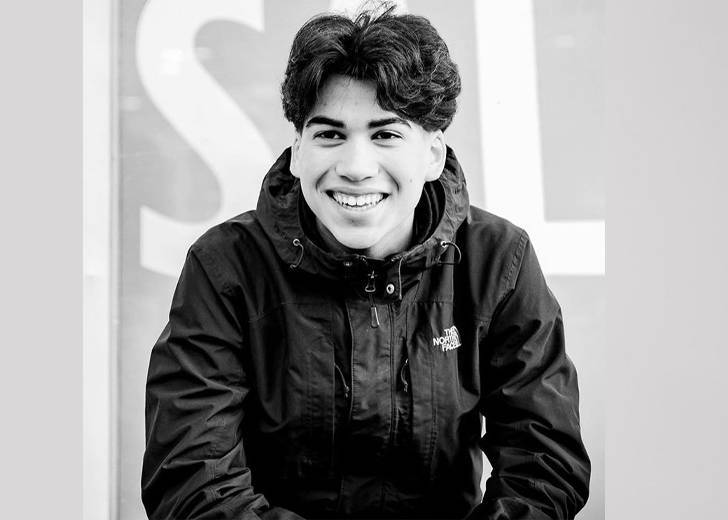 Mattia Polibio is a well-known American TikTok celebrity. He became famous for his lip-sync and comedy videos. Also, the star joined the TikTok platform in 2018. One of his first videos to become a hit on TikTok was Mattia sharing a lollipop with a friend. This video got 100,000 likes. After that, he grew to become a TikTok sensation. So now he has more than 5 million followers on TikTok.

Mattia Polibio celebrates his birthday on 16 May 2003. His birthplace is Totowa, New Jersey, United States. Moreover, the meaning of his name Mattia is Gift of God. Then he joined Passaic Valley High School for his education. The social media star is now seventeen years old.

Mattia Polibio has a Mexican father and has a mother who is Italian. Therefore he is fluent in both Italian and Spanish. Also, he has a brother and his name is Gianluca. In 2020 there was news of Mattia dating Cynthia Parker a fellow TikTok sensation.

In 2018 November, Mattia started to post contents on his account. His first videos are duet videos. Then some of his videos received 100,000 likes. After that his video contents got famous so he received more than 5 million followers on TikTok.

One time Mattia experienced lots of backlash from angry viewers when he used a racial slur in his video. He and his friend and TikTok sensation Alejandro Rosario were on that video and it became viral.

Many people thought that Mattia Polibio died because of a false rumour. But Mattia kept on posting contents on his TikTok to show that he is alive.

Also read: Everything About Zendaya Parents, Sister and Her Successful Life