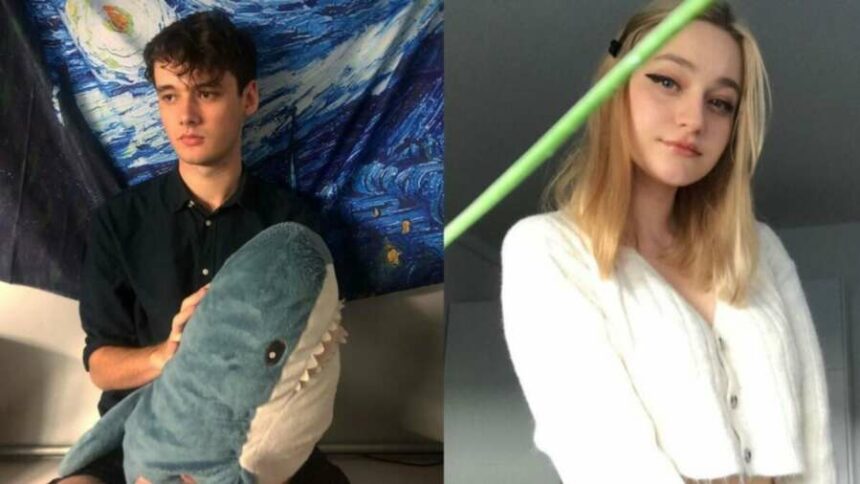 Who are Niki and Wilbur? Are they both in a relationship or just friends? Did the guys part ways? A lot of questions to ask, right? Well, we are here to answer them all. This post will state everything you should about the rumored lovebirds Niki and Wilbur. So, please continue reading to learn some intriguing facts about them!

Let’s start with knowing who Niki Nihachu and Wilbur Soot are!

Niki Nihachu, also known as Niki, garnered a sizable following among YouTube subscribers by consistently posting videos. The lively digital content producer is from Brighton, London. On April 3, 2020, she joined this platform.

Born November 3, 2001, Niki is 21 years old as of 2022. She is from Germany. In addition to creating video blogs, she also streams on Twitch and is popular for her gaming content. She has around 100k followers on Twitch.

Niki has been providing us with gaming content on her gaming channel for the entire time. She was raised abroad in numerous nations. She formerly resided in Austria, Sweden, Switzerland, and Spain.

Along with Spanish, Niki also speaks German and English fluently. Niki acknowledged her bisexuality to her viewers during one of her videos. She also has two stepbrothers, according to other information.

She is now a resident of Brighton, a city in England. She also has a cat named Zuko, who often appears on her channel. Her roommate’s name is Rihanna, and she has a ferret named Pooh Bear and a cat named Toph.

Once, during a quick reveal session with her Twitter followers. She addressed Niki’s anorexia in this sentence, more commonly referred to as an eating disorder. According to her, it has always been a part of her.

Further, Niki was formerly a cast member of the Twitch show Love or Host before becoming famous for her channel. The host of this reality program was the Austin Show. This show centered around an influencer visiting the set and eliminating contestants based on their feelings.

Rajjchelor is essentially an online version of The Bachelor. As the “bachelor,” Wilbur entered the game and eliminated all the female competitors except Niki. One of two outcomes was possible at this point.

The women chose between “host” and “love” before the game started. The terms “host” and “love” indicated a contestant’s level of interest in the bachelor, respectively. Luckily Niki chose “love,” which meant that she and Wilbur were a fit.

After their match, Niki and Wilbur started streaming together, and online they shared many adorable moments. Wilbur visited Niki’s nation of origin, Germany, in March 2020.

He appeared on one of Niki’s streams while he was in Germany, though it could be clearer if he traveled there specifically to meet Niki.

Niki and Wilbur Breakup: Is the Rumor True?

Remember that Soot entered the show and eliminated all other contestants except Niki. Later, it became clear that even Niki liked Wilbur. The two developed a strong friendship with one another since that time.

They have quickly become amazing friends and even share a better understanding. Now, all of their fans witnessed Niki professing her love for Wilbur on the show. Even so, the two made it abundantly obvious to their supporters that they were simply friends.

Wilbur Soot is a famous YouTube creator and an English Twitch streamer. His platform has more than 1.42 million followers, and his primary content genre is gaming. Wilbur further has nearly 500k followers on Twitch. He is quite successful in this regard.

He used to be in charge of the editorial staff at the Soot House, a publication. Niki and Wilbur further worked together on numerous YouTube Channel projects since matching on Rajchhelor. Even Niki admits to not knowing how she feels about Wilbur and claims to be unsure about their current situation.

Wilbur And Nihachu Are Seemingly Just Friends. The fact that Niki and Wilbur haven’t explicitly said they’re dating makes it difficult to understand the nature of their relationship. However, one Reddit user claims that Niki stated on her life on June 10 that she and Wilbur are only friends.

Nihachu’s most recent tweet also indicates that she is still determining about her relationship with Wilbur. “Nik, are you still with Wilbur?” A fan commented on a photo that she posted. Niki said, “I don’t know Sophie,” to a question from a fan. I have no idea.

Also read: Who is Jacob Batalon and Brooke Reyna? Did they End their Relationship