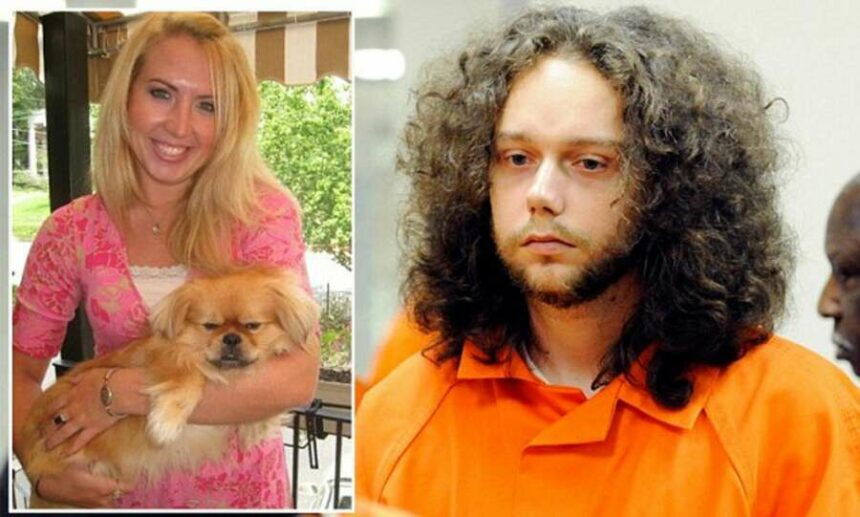 Stephen McDaniel is a brutal murderer of Lauren Giddings. As a neighbour and classmate of Lauren, no one had any clue that he could do such a horrific thing to her. Lauren was missing for several days from her apartment. After hours of investigation, the cop could come to the deep end of this case. It is Stephen McDaniel who did this merciless murder of Lauren.

The terrible things Stephen McDaniel did to Lauren

First he sneaks in the house of Lauren to stalk her, murders her, dissects her body and then throws all the parts into a bin. Many who hear the story call him a monster for putting innocent Lauren to death in a heartless way. The story becomes crueler when McDaniel himself acts like a sheep when he is the wolf in the story. After murdering Lauren Daniel wants to erase any suspicion that points at him. Due to this, he gives an interview on TV about missing his friend Lauren.

However, what he thought a smart move was the stupidest thing he ever did. This is an interview that turned all the attention of investigators on Stephen McDaniel. Let us see how this story turns around and Stephen McDaniel’s punishment for this cold-blood murder.

The breakthrough interview of Stephen McDaniel

The missing case of Lauren Giddings soon becomes a huge matter in the public’s eyes. Due to this local media did everything to support the case. They thought to interview family and friends of Lauren to help the cops to find her. This interview is surely a breakthrough in this case. If not for the interview the murder of Lauren Giddings would have been a cold case without any leads or evidence to the cops. However, Stephen McDaniel unknowingly jumps into this to reveal his crimes. As Stephen lives next door they also take his interview for a local channel.

Stephen talks about how he misses his friend Lauren. He reveals that she studied the university with him. With Lauren missing for days he is worried about her. Further, reports ask more questions of Stephen McDaniel. Also, a reporter candidly asks what Stephen thinks about the suspicious body police discovered in the trash.

After hearing this Stephen jerks and says he needs to sit down. However, he musters up all the lies and with a teary eye says he never saw Lauren for a few days as she was busy in online classes. Stephens’s reaction to the question did spark doubts in him.

How Stephen McDaniel turns from a suspect to the murderer

The reports say that police did keep all the friends of Lauren as their primary suspects. After this interview, Stephen’s investigators thought to interrogate him. As a silent person, Stephen’s interview portrayed him as the opposite.

Also, for all the questions he did not give the right answer. He turns the question of the interview to prove that he did not see her lately. Further, there is no grief but he only tries to insist that she is missing.

All these facts alert the cop they quickly search his house. When cops arrive at Stephen’s house he acts like he is cooperative. However, the cops could see that Stephen was nervous. He drinks ounces of water and sweats when they search his room. What cops found at his house that day is shocking for many. The cops find a hacksaw in Stephen’s house.

However, for more proof it also had blood. When testing the blood from the hacksaw and torso in which Lauren was wrapped they could find that they match. It is a murder weapon that Stephen used to dissect Lauren’s body. His murder is brutal he strangulated her and then cuts her body into parts.

Also, they find underwear of Lauren. When probing into Stephen they could find that he watched pornography. Also, flash drives and other files had sexual content for children. All this helped the police to find the character of this murderer. Moreover, cops retrieve the blogs he posts about torturing women. Stephen uses a master key to enter Lauren’s house. He thought to see her while sleeping but when she screamed at him he killed Lauren.

Stephen McDaniel: Is he a serial killer?

Due to the brutality of the murder many suspect if Stephen McDaniel is a serial killer. His view of women as a victim of abuse and later murder makes many think this way. Also, before murdering Lauren he was stalking her for many days. He even set up a camera near her window to stalk her. He did all these things to get private photos of Lauren at her home. This is the motive to enter her house the night of the murder. Also, after killing Lauren by strangulation he waits till the next night to dissect her. It is a chilling crime that only a monster can do to human.

These facts make people suspect that he is a serial killer. Also, people think that Lauren is a victim of him if not caught he could have killed more people. Serial killer or not Stephen is a murderer who pays the price for killing innocent Lauren.

Recently the diggings family remembers the 10th anniversary of Laurens’s death. The sister of Lauren is Kaitlyn who speaks about this incident. She says it is shocking for the family to know how Stephen could do such a thing. She says that Stephen was a loner when Lauren was his classmate.

He did not have many friends but was a silent person. Lauren is a classmate who was always nice to Stephen. Even though he was creepy Lauren did not treat him like others did. She is the one who gave at least some attention to Stephen. Kaitlyn says that she is proud of her sister Lauren to treat people well. People in the locality may tell their children to walk around safely in the area of the murder scene.

However, this story is not something for people to fear. She adds that like Lauren everyone should respect neighbours. Some people may look strange but it does not mean you should treat them differently. Stephen should not have done such a brutal thing but what Lauren did to others is what matters.