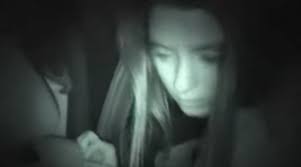 Teresa Fidalgo’s narrative has become something of an ancient folktale online, spreading via copy and paste across social media. In summary, the Teresa Fidalgo ‘chain mail’ warns you that if you don’t repost, the woman’s ‘ghost’ will haunt you. It reads: “I am Teresa Fidalgo and if you don’t post this on 20 other photos, I will sleep with you forever. “A girl ignored and her mom died 29 days later. You can even search me on google.”

Despite becoming popular in the early 2010s, it appears that the warning ‘threat’ is reappearing after a decade.

Teresa Fidalgo, who exactly is she?

Teresa isn’t the only white lady legend that has been passed down through the generations. People maintain, however, that her narrative is true, and it has piqued the interest of many people over the years. According to the legend, Teresa Fidalgo is the ghost of a girl who died in Sentra, Portugal in 1983. So, what happened to Teresa Fidalgo? A car accident killed her. Her footage was on the internet on July 12, 2003. It was twenty years after the event and has since gone viral.

What is Teresa Fidalgo’s backstory?

You’ve undoubtedly seen the Teresa Fidalgo videos and are wondering if they’re real. According to the story, the footage was released twenty years after Teresa Fidalgo’s accident, in 2003, and has since gone viral.

In the Teresa Fidalgo narrative film, a group of three friends drives through a barren location at night, talking about ghost stories. They notice a white-clad woman strolling on the opposite side of the road and offer her a lift. The lady is lovely, yet she is quiet and reserved. She gestures ahead when asked where she is going. She suddenly gestures to her ultimate destination and informs the other passengers in the car that this is where she perished in an accident. The blood is all over her face when the camera turns back to face her. The automobile smashes as she yells.

The car accident killed two passengers and a lady. Leaving only one survivor named David, according to the account. He, on the other hand, is unable to explain what transpired that night. After seeing the Teresa Fidalgo film in its entirety, you’ll undoubtedly wonder whether the events that you are seeing are a genuine story or just a well-choreographed fabrication.

Urban stories, particularly those involving technology, are extremely plausible, and in many cases, individuals have gone so far as to create artistic plays that bring the narrative to life. The story of Teresa Fidalgo, like that of many other city dwellers, is a fabrication, not a factual account at all.

It’s a short film, which means the video is real. However, the entire scenario you’re watching was planned and choreographed to perfection as a film. The short film’s Portuguese director shares the same name as the character who survives the disaster in the narrative.

The film was made in 2013 and premiered on David Rebardao’s YouTube channel in 2014. “A Curva” is the title of the short film. During an interview, the producer admits that the urban ghost story was frictional. The video was from one of his films.

What are your options for dealing with the message?

It all comes down to the individual who uses social media. When a buddy or another individual sends you a message, what should you do with it?

Of course, the best way to address this frightening message, which appears to be riddled with flaws, is to use common sense. Indeed, it’s difficult to think that a paranormally charged adolescent ghost of Teresa Fidalgo would choose to frighten people on social media merely because they didn’t post a photo. Of course, the story is totally false and has no basis in reality.

The director of the short film was so taken by the popularity of the story and its durability that he wants to make written features in the same vein. Teresa Fidalgo is an urban ghost story that’s been resurrected and reimagined to fit a certain plot.

Also read: What to Do After Meeting an Accident With an 18-Wheeler?