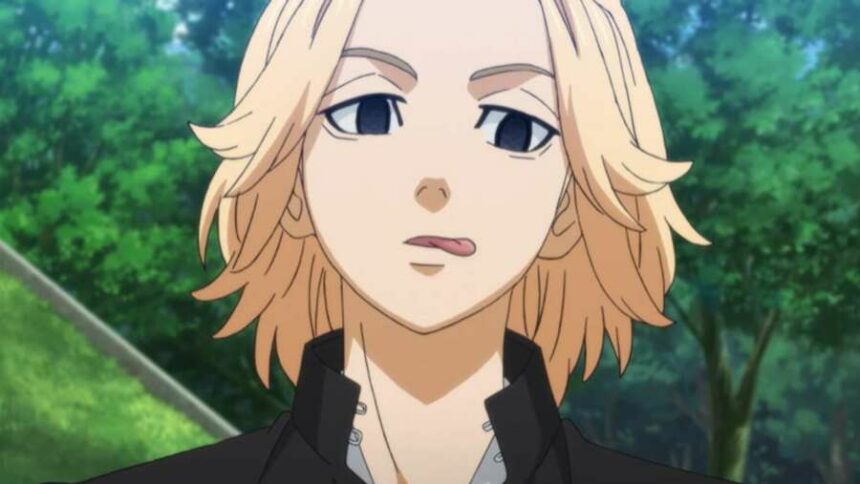 In Tokyo Revengers Mikey death take place or not? This question arises in your mind quite often, right? Don’t worry, just sit back, and here we’ll answer all your questions!

Contents
Who is Manjiro Sano, A.K.A. Mikey?Will Mikey Die in Tokyo Revengers?Is Mikey Now Alive or Not?Is Mikey Alive in The Past?On A Wrap

Mikey played a role in one of the most loved anime, The Tokyo Revengers. Several amazing parts of the anime won the hearts of the people. The anime is about Ken Wakui’s manga. Kodansha published it. In The Tokyo Revengers, we see a beautiful story that includes love, fights, and strong bonds.

The makers drafted all the characters in this anime exceptionally well. The audience gets engaged in this anime because it includes so much comedy and slice-of-life moments. People can’t skip even a bit of it.

My favorite character in this show is Manjiro Sano. He is popularly known as Mikey. If you’re a big Tokyo Revengers fan like me, I can bet you can’t get over this anime. Anyways, we’ll talk about this character below in detail. Also, the most frequently asked question by the fans of this show is Tokyo Revengers Mikey death? We are here to answer all the questions.

Who is Manjiro Sano, A.K.A. Mikey?

Touman was a gang of criminals or, say, gangsters, which ultimately became the reason behind the death of Hinata. The leader of Touman, Mikey, was a carefree soul. Mikey was a very good friend, always available to help his friends and close ones. Takemichi was one of his dearest friends.

As the show lovers know, Takemichi was not physically very strong. However, Mikey still acknowledged his determination. Mikey’s main focus is to build an era of delinquents. He thought that he and his gang would gain more respect by doing this. However, he only wanted to protect his friends as they were his priority.

As Mikey was the leader of Toman so he needed to hide his pain no matter how worse the situation was. From the beginning, Mikey’s opinions were strong enough to make him stand out among many people. Later, Mikey took responsibility for his entire group. All his friends can easily rely on him, making him their leader.

Also, he is one of the strongest characters in the Tokyo Revengers series regarding his skills and talents. Moreover, he is very proficient in martial arts and has good endurance. He became a favorite of the audience as a result of this.

Will Mikey Die in Tokyo Revengers?

Now the most important question is Tokyo Revengers Mikey death. Will Mikey be able to survive till the end of the Tokyo Revenger? Why do the heroes who are the strongest die? Mikey’s murderer was Takemichi. Mikey himself gave Takemichi the gun and instructed him to shoot him. But he was aware that Takemichi won’t ever do it.

Thus, he precipitated an incident that prompted Takemichi to shoot him. He dies there, but Tokyo Revengers is more complicated than it first appears to be. Throughout the series, Mikey passed away several times. Due to the time travel elements of the series, one character may be brought back to life by changing the course of events.

Is Mikey Now Alive or Not?

In response, Takemichi once more traveled through time to change some of the course of events. He saved not only Mikey but also everyone else who Mikey had killed. Takemichi returned to the future after fulfilling his goal. But, because he had succeeded in saving Hinata, he had lost his ability to travel across time.

But something feels awry in that future. Even while Mikey was still alive, his demeanor had drastically changed. He became the head of Japan’s biggest and worst organized crime group. Takemichi learns that Mikey disappeared for 12 years before resurfacing as the biggest criminal.

Takemichi decided to visit Mikey. When they first met, Takemichi noticed Mikey standing on the rooftop’s edge. When Mikey saw Tamkemichi, he shot him repeatedly and without reason. Takemichi gripped Mikey’s hand to stop him from falling as he stood at the top of the skyscraper about to jump.

But they are both aware that Mikey won’t live for very long because Takemichi won’t be able to keep him in her arms. In light of this, when Takemichi passed away in the future and awoke, he was still alive and capable of time travel.

Is Mikey Alive in The Past?

Mikey sobbed and pleaded to Takemichi to help him as he took his final breath while still holding onto Takemichi. Takemichi then made him vow that he would save Mikey. However, when he opened his eyes, Mikey was still alive, and they were in the past.

Therefore, it is obvious that if a person was alive in the past, he could still be saved today. Mikey is now alive, but no one knows what his future holds. The manga has yet to conclude, so we can still hope for a happy ending.