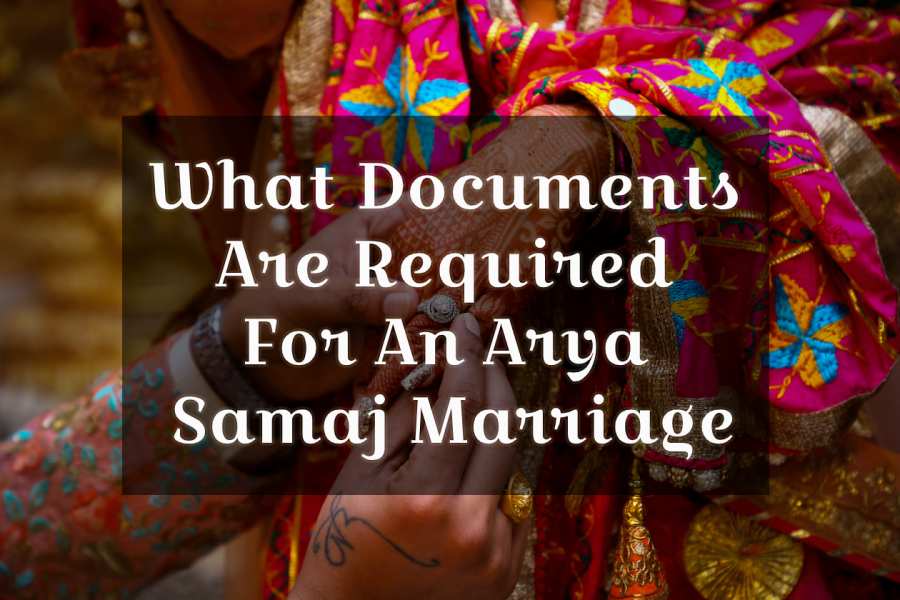 Unlike the earlier Indian culture where ‘Marriage’ within the same religion and caste was considered the rule of the land, the scenario has been changing at a rapid pace. Now, the majority of the young generation with a change mindset prefers doing Marriage without considering the ill-factors like caste, creed, race or religion, etc.

So, to eradicate or eliminate the discrimination barriers in the name of caste, creed, race, or religion, if you’re also among those who want to solemnize marriage as per ‘Arya Samaj’ rituals and traditions that opens the door for everyone to opt for Inter-caste and Inter-religious marriages then, you’re at the exact right place.

Here we’ve mentioned everything ranging from the list of required Arya Samaj marriage documents to the Arya Samaj mandir marriage process. Have a look:

In order to solemnize marriage as per Arya Samaj, the couple needs to arrange the following list of

Once, the couple is done with collecting and arranging all the aforementioned documents, the time has come to solemnize marriage by following the below-mentioned ‘Arya Samaj Mandir Marriage Procedure:’

Great Tips to Plan A Lavish Wedding in Your Backyard!