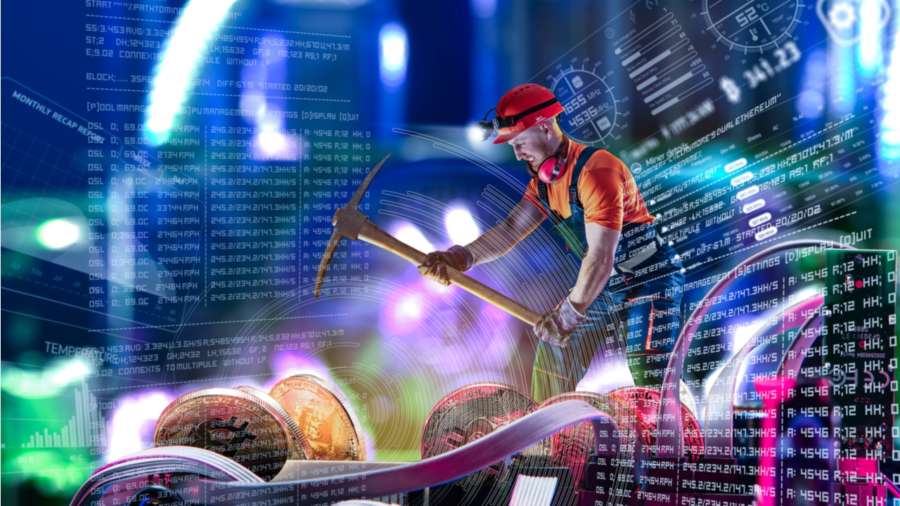 Bitcoin, and cryptocurrency at large, is the most exciting investment class on the market today. In just a few short years, bitcoin went from trading for pennies to launching a $3 trillion global cryptocurrency market. Every single day, new investors are getting into crypto. The potential for huge gains is real, especially as it’s still early in the cryptocurrency lifecycle. But the people who make the most money in crypto aren’t buying bitcoin; they are mining it. Cryptocurrency mining has happened since bitcoin’s inception.

It’s the process of “discovering” and releasing more bitcoin into circulation. Just like limited resources like gold, bitcoin has a total supply of 21 million, of which only 18 million have been mined and added to circulation.

Bitcoin is a “proof of work” cryptocurrency, along with others like DogeCoin, LiteCoin, Monero, and others. That means that they require work, in the form of mining, to record and verify transactions on the blockchain. Blockchains are global, open, distributed ledgers.

It’s this work, in the form of virtual mining, that ultimately secures cryptocurrency transactions. It makes them safe, prevents fraud and double-spending, and makes crypto secure without the need for a centralized authority like a bank.

What is Cryptocurrency Mining?

Proof of Work cryptocurrencies like bitcoin requires miners to create new blocks on the blockchain. Blocks are essentially small databases that house about 1 MB of bitcoin transactions. Once a block is created, the transactions within that block are complete. To create a block, miners use powerful computers and cryptocurrency mining software to solve a mathematical puzzle.

The first miner to complete the puzzle is awarded the creation of the next block. They are then paid a reward for their efforts, which is currently set at 6.25 bitcoins. This process will continue until all remaining bitcoin (~3 million) are released into circulation. But this won’t be until February 2140, more than a hundred years from now.

Should You Become a Cryptocurrency Mining Expert?

The people who made the most money are those who started back in the day. These were the people making 50 bitcoin for every block created on the blockchain. And with far less miner competition, they won blocks often, pocketing hundreds of bitcoin per week. Imagine if they kept just a few of those until today, with an average price of around $50K.

But it’s not too late to start mining bitcoin. By purchasing some hardware (quite an investment), you can join a mining pool to become part of a larger network of miners who share the rewards.

You’ll be paid out in bitcoin regularly, based on your share of hashing power contributed.

You can then hold onto that bitcoin, hoping for another bull market. Or you can head to your nearest bytefederal.com bitcoin ATM and cash out your bitcoin on the spot.

As long as the price of bitcoin continues trending upwards, mining is going to be profitable.

Cryptocurrency mining is a complex subject. But it all boils down to the global crypto community contributing to the decentralization of the currency. With many different people participating in mining, it keeps the blockchain open and secure, making crypto better for everyone.

Looking for more cryptocurrency mining tips or investing ideas? Head over to our blog now to keep reading.

Are You Looking For Details About NFT?

Crypto Security: How to Identify and Eliminate Bitcoin Mining Malware

Get a Bitcoin Bonus – Why You Need to Be Careful?