What is the Background of Aminé

by Amanda Harris
in Celebrity
0 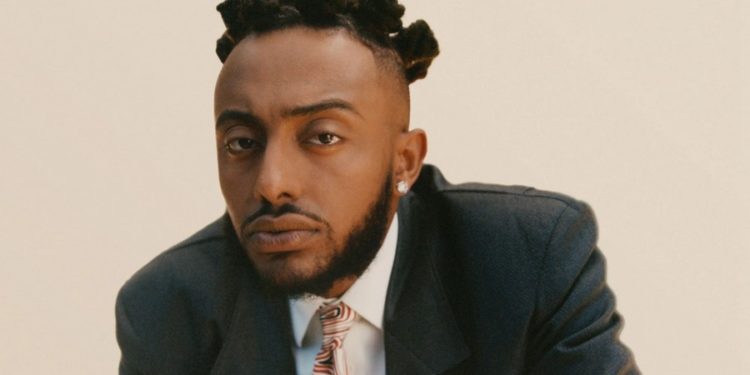 Aminé, whose original name is Adam Amine Daniel is one of the famous contemporary American singers, songwriters, directors, and rappers. Although he entered the industry by making a big splash. Nonetheless, he continues to carve his name darker with his talent. One of the debut tracks that shook the industry realm was his “Caroline”.

The commercial hit peaked at 11th position on the Billboard Hot 100 chart. Moreover, it was in 2017 when the fabulous entertainer officially launched his debut studio album titled ‘Good for You’. The album became a huge hit among the natives as it hosted striking guest appearances. The album included celebrities such as Dolla Sign, Charlie Wilson, Kehlani, Offset, and many others.

We all know Aminé as someone who excelled in several music genres. Rap, hip hop, and alternative hip hop are some of the genres he mastered. But when it comes to know about his early life, not many are there who know it. That is what we will try to shed light on today.

Amine was born and brought up in Portland, Oregon, the United States on the 18th of April, 1994. Hence, his age is 27 years. He sought passion and influence in nothing but music. Taking music to be his cue to move forward, he always freaked out on becoming a music star. And to make his dream come true, he focused on his studies.

He gained massive attention because of the mixture of peppy tones and unique lyrics. Rather than anger which formed the rapping style of many, it was his pessimism that made him stand out. Many fans from around the world have called him a ‘joyful rapper’.

He drew inspiration from the music of Tupac Shakur. Soon, he started rapping as well as performing in front of his schoolmates. He graduated from Benson Polytechnic High school. Everyone around him at the school acknowledged his desire to become a rapper. Moreover, they encouraged him to keep going.

After graduating from school, he enrolled at the University of Portland. There he took music too seriously and it reflected on the music he created. This resulted in many associated acts with prominent individuals such as Charlie Wilson, Kaytranada, and Injury Reserve.

With that being established, his career as a rap music creator started in 2014. Since then, he continued to develop many striking pieces that have stuck to many fans. This has led him to attract many fans across the globe. Although if we have to mention one piece of album that propelled him to success, it would be ‘OnePointFive’. This masterpiece came out in 2018.

Who are the parents of Amine

When it comes to his background, what many want to know about after the initiation of his career is his personal life. Very few know that Aminé was born to Ethiopian immigrants. His parents came to the USA in the early 1990s and relentlessly worked hard so that they could live the “American dream”. His mother worked at the American post office.

Whereas his father was a part-time translator and a full-time teacher. His family members named him Adam Amine Daniel at the time of his birth. Moreover, he was surrounded by friendly people who cherished him. After he reached the age of puberty, he started showing interest in basketball along with the music.

He showed some promising talent in the field of basketball. Moreover, he wanted to play initially for Benson Polytechnic High School. However, due to unknown reasons, he was cut from the team during his freshman and sophomore years. It was at this point that he channeled all his passion towards creating music.

He made many interesting diss tracks regarding rival high schools, Lincoln High School and Grant High School. Later he got a degree in marketing from Portland State University. His career also includes an internship at the ‘Complex’.

Aminé kicked off his journey as a musician after launching his all-time favorite debut mixtape. He titled it ‘Odyssey to Me’. The mixtape went public on Jan 17, 2014. However, after a few months, exactly on September 4th, 2014, the rapper pushed another fabulous extended play. He titled it ‘En Vogue’. In the coming year, he launched his 2nd mixtape which he titled ‘Calling Brio’.

All the mixtapes he launched are a witness to the fact that he indeed is a successful American rapper. But if one asked which single of his was a breakthrough, many fans would agree it to be “Caroline”. It went viral on the internet and has since then gotten much critical acclaim. In June, the track had also received three-time platinum certifications from RIAA.

He first signed a record deal with Republic Records in 2016. At this time, he rolled out his second hit track “Baba” via the recording label. He had also appeared in ‘Tonight Show Starring Jimmy Fallon’ to perform his famous single. In 2017 he officially released his debut studio album under the caption ‘Good for You’ via Republic and CLBN Records.

The piece contained the appearance of many stars. It included Kehlani, Ty Dolla Sign, Charlie Wilson, and Offset. The album received much acclamation as it shot to 31st position on the Billboard 200.

When it comes to associating himself romantically, he has had quite a few lovers. Although he has kept his private life extremely hidden. He neither shares nor intends to spill any beans about his relationship.

Although, paparazzi once caught him having a good time with his ex-girlfriend in front of the Eiffel tower. Moreover, if we believe the sources, he has not been married or engaged in the past. In addition, he has not fathered any child from his former relationships as well. As it happens, he has stayed aloof about his future marriage.

What is his Net worth?

Although starting his journey with limited money, he now has become one of the richest musicians in the industry. His estimated net worth is $1 Million. Moreover, due to its contribution to the music industry, it is likely to bump up in the next few years.

To know more about Aminé, we encourage you to follow him on different social media platforms which will keep you posted.

You may also read: Who is Austin McBroom Married To?