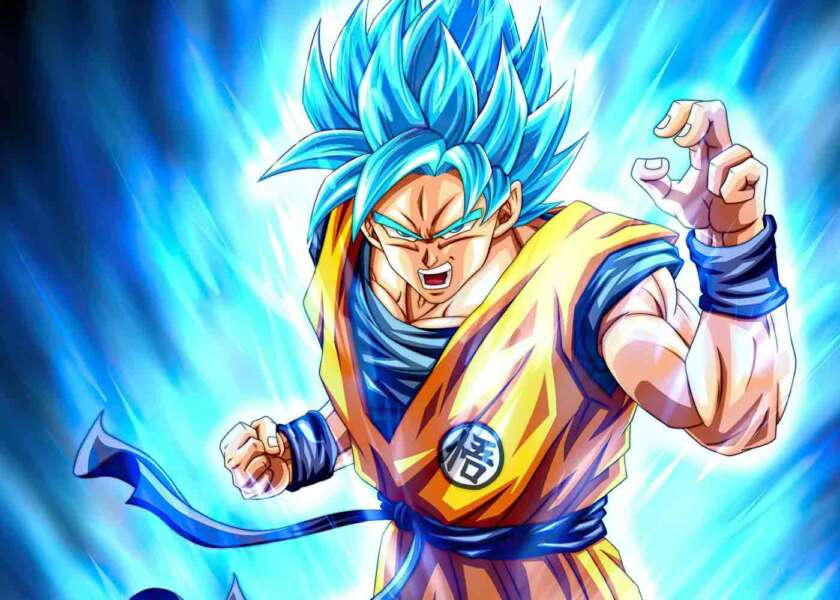 Goku is the main character of the Dragon Ball series, certainly one of the most famous anime ever created by Akira Toriyama. Goku has become very strong over the years as a Saiyan who battles to defend the peace of Earth and guarantee the safety of everybody he loves. We’ve had to put up with dragon ball fans gushing about how powerful Goku is. And how he’s the toughest anime character throughout the years and who can beat Goku.

Son Goku is a Saiyan who was chosen as a child to destroy Earth. He is the primary character in Dragon Ball, and the anime community knows his strength. Are there other anime characters who can beat Goku, even though devoted fans consider him the strongest? Because of this, we decided to gather the characters that could defeat the Super Saiyan.

Son Goku: Who is He?

The primary character in the DragonBall manga and anime is Son Goku, who was given the Saiyan name Kakarot at birth. A Saiyan from Planet Vegeta, Goku. Due to his father’s distrust of Freeza, the Evil Emperor, his parents transported him from Planet Vegeta to Planet Earth three years after his birth.

Later, Son Gohan discovered the young Kakarot at Mount Paoz. Also, gave him the name “Son Goku ” because the Saiyan had fallen from the sky. Years later, when Goku was 12 years old, Bulma, a young girl in pursuit of the Dragon Balls, came to see him. The two then embarked on an expedition to find the seven mystical balls to fulfill a desire made by the dragon Shenron.

Here is the list of Anime Characters who can beat Goku:

Saitama is the main character of Yusuke Murata’s One-Punch Man comic book series. He is a Hero who is reputed to be powerful enough to knock out almost anyone with a single blow.

Even though Saitama has virtually little chance of defeating Goku, he can still fight back well. Saitama has very little to no chance of winning against Goku. Especially with his newly discovered abilities like Ultra Instinct.

Naruto Uzumaki is the strongest ninja still alive and the main character of the Naruto series. He is a fierce fighter with the strength to defeat Momoshiki Otsutsuki.

Although Naruto lacks Goku’s physical prowess, he can still defeat him in a battle. Naruto has powerful skills, including Six Paths Sage Mode, which he may use to know who can beat Goku.

Since the beginning of the cosmos, AntiSpiral has ruled as the ultimate king. So it’s possible to contrast them with Grand Zeno from the DBZ. The outcome of Goku’s struggle with AntiSpiral would be comparable to his conflict with Grand Zeno. We don’t need to mention it.

We won’t delve much into AntiSpiral’s abilities, but suffice it to say that they can end all life as we know it. Goku doesn’t even need to be fought by AntiSpiral. By manipulating the multiverse, their special abilities are like the Multiverse Labyrinth. It can imprison Goku’s consciousness and immerse him in endless possibilities.

She would be unwilling to fight Goku since she prefers to be alone. She only needs a cozy pair of pajamas and privacy in her room, where she may spend most of her time. But suppose Goku provokes Lian to engage in combat with her. Regrettably, this would be his final conflict.

Even though Lian is a computer program that acts as a partition between the physical world and the wired, she possesses enough divine might to dispatch Goku easily. Her powers range widely, including immortality, control over space and time, mind reading, regeneration, and information manipulation.

Rimuru may appear helpless, but he can simultaneously take on Goku and his buddies. He could have been stronger at the beginning of the series. But over time, he acquires several intriguing magic powers and distinctive capabilities. It elevates him to the rank of one of the strongest figures in the anime universe.

Let’s now discuss some of his abilities that are too strong for Goku to handle. Goku’s assaults would be rendered ineffective by his fast recovery from injury. Then comes his capacity for time and space manipulation, which enables him to halt time. After that, he may use his lethal magical abilities, ‘who can beat Goku’ instantaneously.

Kaguya’s appearance made it clear that she wasn’t someone Goku should be tampering with. Although she may not be as physically strong as Goku, her magical abilities are potent enough to put our unfortunate Saiyan into a deep sleep. She was the first person in the Naruto universe to use Chakra on the planet.

Even if you badly damage Kaguya Otsutsuki several times, she can always recover, proving that she is eternal. Her most lethal strike can transform the planet into a vacuum. She won’t need to resort to extreme measures like her Infinite Tsukuyomi. She can make Goku dream, at which point the God Tree will take his Chakra.

Like Nanika, Eri from My Hero Academia is a young girl, but don’t undervalue her talent. Rewind is her special ability, which allows her to turn back time and make her body younger. Additionally, it can reverse other changes made to the target’s body and heal it.

She can only go back to the time before the individual existed. Her blood can reverse the target’s body before the quirk originated, removing peculiarities that may prevent its activation. She can take Goku back to when he was a baby or even a fetus.

Shigeo Kageyama, also known as Mob, is the main character in Mob Psycho 100. His extraordinary psychic talent in that he can store mental energy to increase his intrinsic skills. He lacks the physical fitness necessary to defeat Goku, which is why he doesn’t seem to be able to accomplish it at all.

He can employ chemokinesis and achieve 100% Obsession. In battles, he can also use telekinesis and put up obstacles. His other talents include astral projection, spiritual awareness, psychic energy transference, and psychic energy absorption. Before the Saiyan can accomplish anything, he can employ these skills who can beat Goku.

If you’ve spent time in the anime community, you’ve probably heard the question, who can beat Goku? Which is precisely what it means. Goku is a very strong character who is thought to be the strongest anime character, which is completely untrue.

Fans frequently cite Saitama as the one who can beat Goku, but he is not the only one. I’ll present ten fictitious figures from anime, movies, television, comic books, and video games that can defeat Goku in a duel.