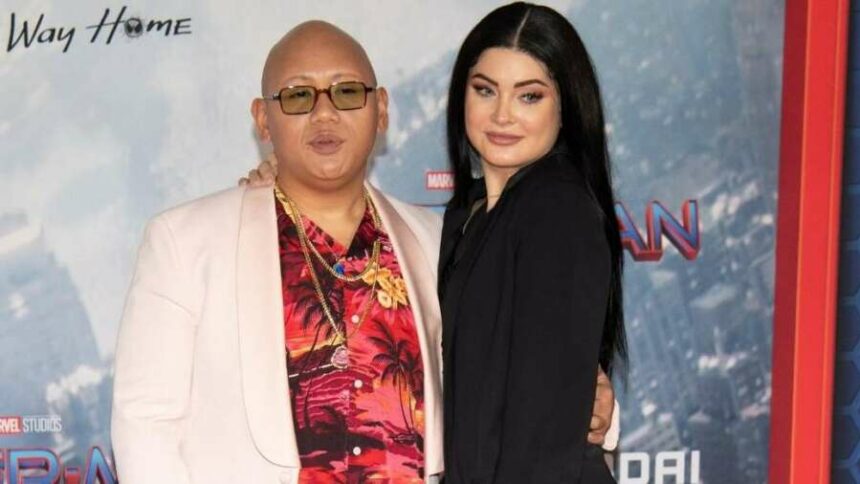 Jacob Batalon and Brooke Reyna: Are the duo still dating? Breakup rumors are on the way! In this article, we’ll learn about the most adorable couple in town. So, continue reading!

Who is Jacob Batalon?

Jacob Batalon, a star of the Spiderman film series, played the role of Ned in all three films. He gave the best supporting performance in this role. The most loved character in Spiderman: Homecoming, Spiderman: Far From Home, and Spiderman: No Way Home is Ned. We love Ned as much as Peter! I always wanted a friend like Rhode or Steve Rogers because I am a fan of the Marvel Cinematic Universe.

But it wasn’t until I saw Ned and Peter that I understood what kind of friend I wanted. Ned is a fantastically funny, encouraging, and loyal buddy of Peter. What about his real-world personal life, as this is only the part of him that we can see in movies? Do Jacob Batalon and Brooke Reyna’s relationship end?

For future characters, Jacob Batalon has set a bar that is too high. He consistently does a great job, proving that he is the greatest choice for every role you give him. Despite his heavy workload, it was evident that this man with a contagious smile also had a strong love life. You can learn all about Jacob Batalon and Brooke Reyna right here!

We can say that Brooke Reyna is somewhat of a private person in real life. Although her Instagram account is secret, it has 52K followers. Thus we think she accepts fans while keeping the account private. The public first spotted Jacob Batalon and Brooke Reyna in March 2021 when Jacob shared a photo of them on Instagram with the message, “Alexa, play Lucky by Britney Spears.”

Though we know very little about Brooke’s personal life, everyone is aware of the most crucial details! Ned, pal Jacob, and Brooke might be roughly the same age. She is quite a good energy reflector because Jacob always seems cheerful when he is near her. That is what matters, after all.

Obviously, no! There was no split between Jacob Batalon and Brooke Reyna. How can these lovers break up? Fans wish they would be married soon because they are so much in love. They even visited Disneyland in April, as seen by the photo Jacob, aka Ned, shared of them posing in front of a blue Disney castle.

In a promotional interview for Spiderman: No Way Home, Jacob said about Brooke, “I love her to death!”

Jacob claims he wasn’t searching for a relationship, so when Brooke abruptly entered his life and started playing a significant role there, it was an unanticipated love. How happy our friend Ned is with Brooke makes us smile. For the way she treats him, she deserves a lot of love. Jacob Batalon and Brooke Reyna are shown in a post after donning masks. Jacob pouting in a photo is just too adorable to pass up.

As of right now, it appears like Brooke is encouraging and loving. Instead of including a tag for Jacob in her Instagram bio, she included a link to an article about him. The piece’s subtitle reads, “Jacob Batalon is so much more than a sidekick or a best friend—he’s to be the leading guy.”

I consider this a shout-out to her affection as he rises in the industry. Jacob Batalon and Brooke Reyna’s decision not to try to keep their relationship extremely private, contrary to what most celebrities do, is incredibly impressive. It’s great to see them openly expressing their love.

Trolls on The Way

Although Brooke appears to be a sweetheart, she has unnecessarily received a lot of criticism. Many blog commenters referred to her as a “Gold Digger” and other derogatory terms. But fortunately, Brooke and Jacob are both familiar with how to respond to these trolls.

A Snippet of Jacob’s Career

Just 25 years old, Jacob has already appeared in four films with a combined box office gross of $1 billion. Spiderman: Homecoming and its follow-ups, Far From Home and No Way Home, are a few of Jacob Batalon’s most well-known works.

Ned, Peter Parker’s closest pal, is not the only person Jacob Batalon can be. He also serves as the protagonist. Fans and some critics should appreciate that being well-known for your work is not an offense or a shame. Therefore, individuals who refer to or presume Jacob as Ned is not doing so out of hatred; rather, they are impressed by how he portrayed the character.

Let’s hope Jacob experiences even more success now that he has a stunning ladylove, Brooke Reyna, by his side and that we get to see even more amusing antics!

Also read: Who does Rory End up with: Know Everything About Gilmore Girls