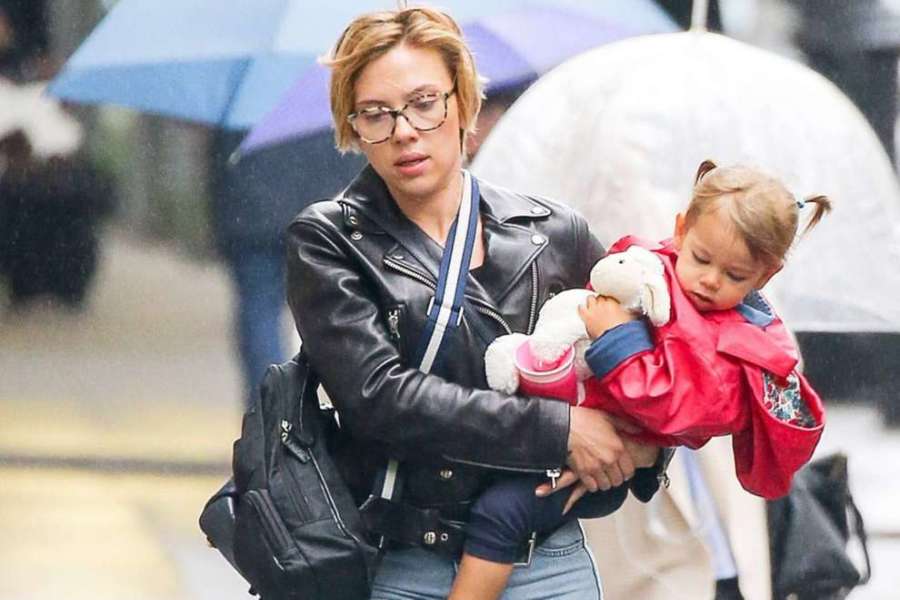 While Scarlett Johnson is currently pregnant and expecting her first child with her husband Colin Jost, she’s already a mother of a beautiful daughter Rose Dorothy Dauriac. She is the daughter she had with Romain, her ex-husband. So, if you didn’t know that she had a daughter and therefore looking for more information, don’t worry, we will provide you with everything you need to know.

The famous American Actress Scarlet Johansson tries to keep her private life as away from the media as possible. However, there are times when she opens up on her relationship with Colin and her daughter rose.

In fact, in a recent Kelly Clarkson show, she commented on her daughter, saying, “She shadows me, like, all the time which is wonderful.”

As we said earlier, she is the daughter of Scarlett Johansson and Romain Dauriac. She was born in the year 2014, on 30th August, just 2 months before their wedding. So, if you want to know about Rose Dorothy Dauriac’s age, she is currently just 6 years old. Her hometown is New York, US.

As a celebrity child, she has become quite popular. In fact, Scarlett Johansson does talk about her as well. Even before her birth, she had become quite famous after Johansson posted her picture with a baby bump.

However, it’s also worth mentioning that her parents aren’t together anymore. They had a separation back in 2017. Though it’s true, that doesn’t take away her parent’s love and support. Both of them do care for her and she is really happy as well.

Who Has The Custody of Rose Dorothy Dauriac?

Even though Scarlett and her ex-husband Romain aren’t together anymore, that doesn’t stop them from loving her beloved daughter. Currently, they have joint custody of Rose Dorothy. However, it’s true that the news of their divorce was truly shocking. Fans didn’t expect it at all, to say the least. (Read more)

In a recent interview, the actress has shared her daughter’s likes and dislikes. Well, the avenger actress Scarlett Johansson says that her daughter Rose loves fairy tales and feels that her mother is doing a job of a superhero. Moreover, she has also shared that her daughter sees Colin, Scarlett’s husband as a father figure.

Scarlett Spoke On Her Daughter In The Kelly Clarkson Show

In a recent virtual interview, the actress has shared how the little daughter is stuck to her like a shadow lately. She spoke about spending some quality time with her family and also opened up on her experience of getting her daughter to eat healthy food.