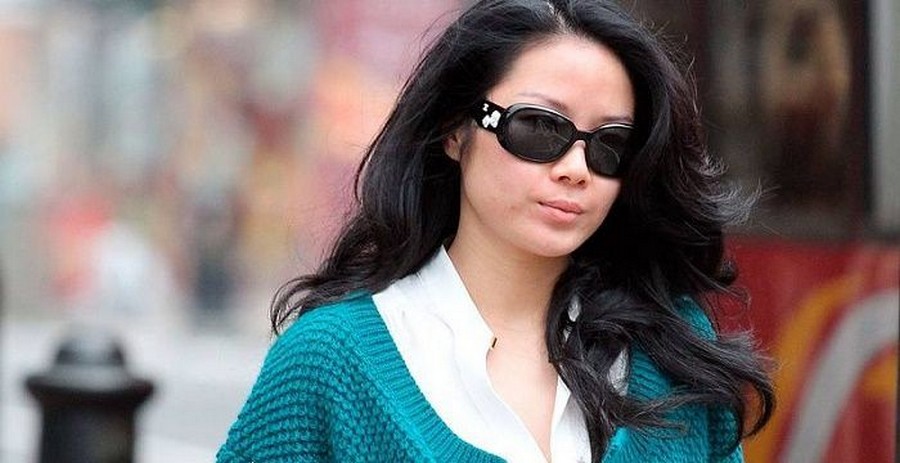 When it comes to famous celebrities, one thing we all love to gossip about is their love life. So, a lot of fans have expressed their desire to know about Tinglan Hong, the ex-girlfriend of Hugh Grant. Moreover, it’s also worth noting that fans know High grant for his extramarital affairs. In addition, whenever the conversation about Hugh comes, we do hear a common name and that’s Tinglan’s.

Contents
Who is Tinglan? Here Are Some Info About The Ex-Girlfriend of Hugh GrantThe Relationship Between Hugh Grant and Tinglan HongTheir Separation and How They Moved on?Their Reunion Didn’t Last LongHugh Grant & Tinglan Hong’s KidsWhat is her Net Worth?

Hugh Grant has a huge list of love affairs and Tinglan is one of them. Moreover, the British actor Hugh grant had a romantic relationship with Tinglan Hong back in 2011. The name Hugh isn’t new to the industry. In fact, he has become immensely popular due to the amazing movies in which he has acted. For example, we can say that the critics and the audience received his Notting Hill movie really well.

However, the story is a bit different for his girlfriends, especially for Tinglan. In other words, she is only famous as the ex-girlfriend of Hugh. Moreover, they also share two kids together as well. So, if you want to know more about them, then this is the article you should follow. Here we will share everything there is to know about Hugh’s girlfriend Tinglan Hong.

Who is Tinglan? Here Are Some Info About The Ex-Girlfriend of Hugh Grant

So, in order to know about the ex-girlfriend of Hugh, it’s important to know about her early life. Well, Tinglan Hong likes to lead a quiet life away from the glam and glory of media and the public. Therefore, there’s not much info about her that is available. However, it’s worth noting that she was born in the year 1979 in China. Therefore, we can say that her age as of 2022 is 42. Moreover, she is from a family of entrepreneurs in Lishui. You can find this place in the Zhejiang province of Eastern China. So, her mother is a successful entrepreneur and Tinglan spent most of her childhood in China. However, in the year 2003, she arrived in Britain to pursue her career and in search of Greener pastures.

Needless to say but she has kept all the details like her education away from the limelight. However, the sources tell that she has pursued a degree in Hotel management at the University of Surrey in England. Moreover, after graduation, she worked as a receptionist in a Chinese Restaurant for quite some time.

The Relationship Between Hugh Grant and Tinglan Hong

So, we do know that Hugh is notorious for having a lot of love relationships. Apart from extramarital affairs, he had a lot of relationships prior to marriage as well. Tinglan was one of the many girlfriends of Hugh. However, the duo also shares two children. Well, before we do move on to our discussion of Tinglan’s children, it’s essential to note the relationship she shared with Hugh.

So, how did the British actor Hugh meet the Chinese Tinglan in the first place? Well, it’s worth noting that the duo met each other in a Chinese Restaurant. In fact, Hugh met her at the same Chinese restaurant where she was working as a receptionist. So, after their first meeting, circumstances made Hugh take a liking to the Chinese pretty woman. Therefore, he made frequent visits to the store.

Soon after that, the duo began to date in the year 2011. However, as it happens on most occasions, their relationship didn’t work. In fact, it was a fleeting affair as a lot of people may suggest. Moreover, people also considered and labeled Hugh as a playboy.

The couple had a pretty romantic time during their relationship. For example, they didn’t shy away from displaying their love for each other in public. In fact, one day, people also spotted the duo kissing at a pub. Moreover, it’s also worth noting that the duo went on a vacation together.

It’s worth noting that Tinglan Hong completely knew about Hugh Grant’s ‘playboy’ attitude. In other words, she knew that he had numerous affairs. However, it wasn’t much of a concern for the Chinese lady.

Their Separation and How They Moved on?

So, as we said earlier, their relationship didn’t last long. After dating for some time they went their separate ways. However, they didn’t reveal the reason for their separation to the public or the media. Moreover, it’s worth noting that Tinglan Hong was pregnant during that time. So, Hugh tried to do everything to support the mother and the child.

In fact, Hugh Grant also helped Tinglan Hong, the mother of his baby to move into a 1.2 million euro house. The house is around a mile away from his home as well. So, Tinglan moved to that house as she prepared to give birth to the little baby daughter. Moreover, it’s also worth noting that Hugh took a 24-hour break and paid a visit to her ex-girlfriend.

Well, they did reunite for like a year or so but things didn’t work for them. In fact, Tinglan caused a buzz in the year 2012 in Media. Actually, it happened when Anna Eberstein became pregnant at the same time as her in 2012.

Now let’s talk about Tinglan Hong children. A lot of people may say that Hugh is a playboy and has numerous love relationships. However, it’s worth noting that situations proved that he was a responsible father. In fact, Hugh didn’t have a child till he was 51. At the age of 51, he became a father of three.

Tinglan Hong and Hugh share two kids. So, they have a daughter, Tabitha, whom they welcomed in the year 2011. Therefore, Tabitha is around 10 years old as of 2022. In addition, the couple also shares a son, Felix. He is currently 9 years old as per the sources.

Tinglan has amassed quite a bit of money due to her career. The records show that she has a net worth of around 250k dollars. In addition, she also enjoys the 1.2 million euro worth house.

You may also read: Jesse James Keitel Biography: Is She Related to Harvey Keitel